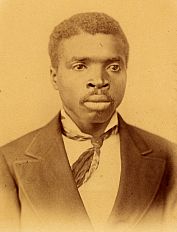 Margaret Landon first read the writings of Anna Leonowens in 1935, while laboring with her husband, Kenneth, as missionaries in Siam. Enthralled by this exotic tale of a young English widow and her son living among Siamese royalty, Margaret determined to edit and recast Leonowens’ autobiographies, The English Governess at the Siamese Court (1870) and The Romance of the Harem (1872), as historical fiction, removing lengthy expository sections and sequentially arranging incidents. But those books were long out-of-print. Where might she secure copies? After extensive searching, Kenneth spied an edition of Romance at the Economy Bookstore in Chicago; a few weeks later, Margaret happened upon Governess at the Marshall Field flagship store on State Street, after a half-hour hunt among tottering stacks of books. Delighted, she paid fifty cents. Margaret then collected correspondence and other material pertaining to Leonowens, and set about her arduous task. Finally, in 1945 she published Anna and the King of Siam, providing the basis for a yet another successful re-tooling, Rodgers and Hammerstein’s musical The King and I. “If I were asked to give the fabric content of the book,” she commented, “I should say it is seventy-five percent fact, and twenty-five percent fiction based on fact.”