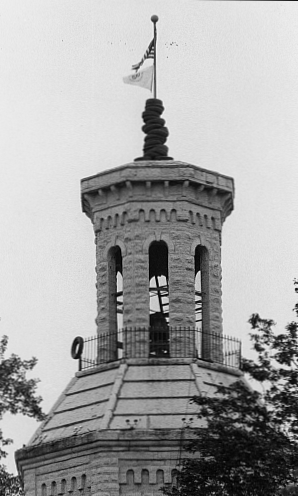 In her “Echoes of the Past” article in the November-December 1934 issue of the Wheaton Alumni News Julia Blanchard recounted the story of one of the earliest pranks played at Wheaton College. It was the favorite story of Albert L. Miller, an early student of the College. Miller’s daughters recounted the story to Blanchard of how in the spring of 1863 some “fellows painted grandfather’s [Jonathan Blanchard’s] white horse in their class colors and then parked him up in the Tower.”

Another early prank at Wheaton College that involved Jonathan Blanchard and retold by Clyde Kilby in his biography A Minority of One occurred one April Fool’s Day when students placed a goose on the lectern prior to Blanchard’s arrival. Upon entering Blanchard assessed the current situation and left the classroom after exclaiming, “well, students, I see you have chosen a new leader. Since he must be more to your liking, I will take the only course open to me. I will withdraw.” 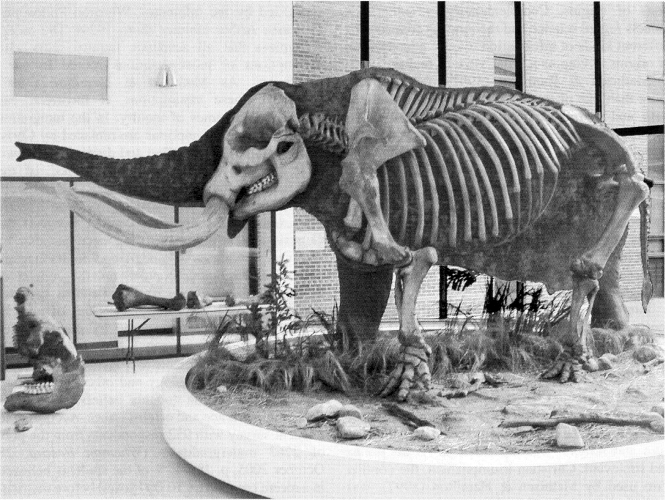 A well-known prank from the mid-1970s involved the Perry Mastodon not long after its dedication on the 22nd of November 1975. The original exhibit narration recording was replaced with fanciful history of Perry Mastodon that included being frozen in a giant ice cube for thousands of years, being tranquilized by Judge Joseph Perry, and, after reawakening, having half of its body removed for use in the cafeteria, and knowing how to talk and dance among other things. This was purported to be the work of Larry Shackley (’77) using the WETN studios.