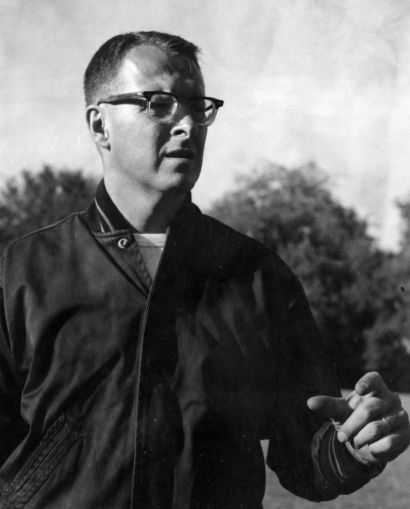 As professor and administrator, Dr. Bob Baptista, who died at 93 on Friday, October 9, demonstrated firm leadership and sound judgment on many levels during his years of service to Wheaton College. However, he most visibly exhibited his stellar character after coaching a 1966 soccer game, Wheaton vs. Lake Forest. The following article from the Chicago Sun-Times tells the story:

The winners made the protest as the aftermath of an unusual soccer game in which Wheaton College beat Lake Forest 1-0, it was learned Wednesday. Wheaton coach Bob Baptista didn’t learn from goalie Bill Bott until after the game two weeks ago that Lake Forest had also scored. The ball, kicked by a wing on a breakaway, went past Bob Bott’s arms and 50 yards beyond the goal. Play had resumed before the surprised goalie realized no official had recognized that the ball went through the net. Baptista and the officials found a torn cord near the bottom of the net through which the ball had zipped. Baptista offered to consider the game a tie if the contest had no bearing on the final standings of the league. He also offered to replay the game if it should become significant in the standings. “Suddenly and unexpectedly faced with the acid test,” Baptista told the student body, “Wheaton has a lot more to gain than to lose.”