On November 25th noted investment banker, and well-known rare book collector Helmut Friedlaender died at the age of 95. Widely known as a bibliophile Friedlaender drew attention when he disposed of his quietly-gathered collection at Christie’s Auction House. Smaller volumes were fetching six-figures without hesitation. 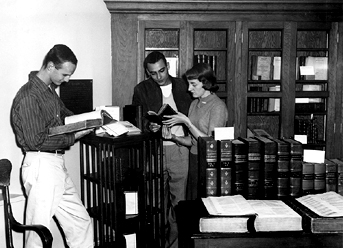 Wheaton College was the beneficiary of the generosity of another, less-known, bibliophile. Friedlaender saw his books as “orphans” that needed a proper home, a sentiment that William S. Akin shared as he he saw his own books as his children. Friedlaender sold his “children” but Akin found a better home for his legacy.

Eventually, Bill Akin’s collection was placed on loan at Wheaton College. Akin had developed a friendship with Wheaton’s president, V. Raymond Edman through Edman’s brother who was a member of Chicago’s Union League. Akin donated the bulk of his collection in Edman’s memory after his sudden death in 1967. 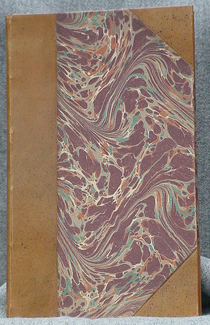 One of Akin’s area of collecting interest was Samuel Johnson and James Boswell. Akin’s Johnsonian collection became quite significant, eventually containing the first thirteen editions of the dictionary. The oldest Johnson item in our collection is shown here. In 1737 Johnson determined to take his chances as a writer in London. He had been composing this tragic drama and with a draft of this work complete, he set out with one of his former pupils David Garrick. Finally, in 1749 with Garrick’s assistance, who was now manager of a theatre in Drury Lane, Irene was performed with some modest success.

It was Johnson’s work on his dictionary and not Irene that he became known as the “grand old man of English letter’s.” For decades when someone said “The Dictionary” it referred to Johnson’s and none other.