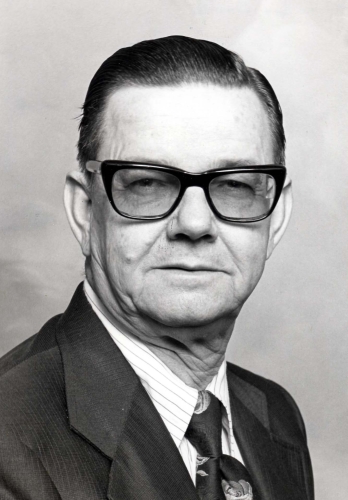 John L. Smith passed away Sunday, April 5, 2009 in Marlow, Oklahoma. Known to many as John L., Smith was born Monday, March 15, 1920 to Emmon and Viola Jeannetta (Gayle) Smith. In 1937 he graduated from Marlow High School and enrolled at Oklahoma Baptist University. He later attended Cameron University in Lawton, Oklahoma and Brigham Young University. He was awarded three honorary doctorates (Doctor of Divinity) and a Doctor of Theology from Southwestern Baptist Seminary.

On November 27, 1940 Smith married Winona Inez Muncrief in Coalgate, in south-central Oklahoma. They were married for nearly fifty-one years and together they bore and raised a son (John, Jr.) and two daughters (Winona and Bonita). Inez passed away on August 27, 1991. Smith married Pearl Gayle on June 4, 1995.

Rev. Smith’s career in ministry spanned nearly seventy years, serving for seventeen years in Utah. He pastored for fifteen years in several churches in Oklahoma, New Mexico and Utah. While in Utah, he began his study of of Mormonism–something he would engage in for over fifty years, leading Smith to write several books on this subject. In 1953 while in Utah, Smith and his wife, Inez, founded Utah Missions. They later moved the ministry to his hometown of Marlow, Oklahoma. Smith began to donate portions of his papers to Wheaton College in 1990. At the age of 80 he began The Ministry of John L. Smith to continue his missionary efforts.