In his memoirs The Wheaton I Remember, Edward “Coach” Coray (Professor Emeritus and former Executive Director of the Alumni Association) recalls his days as an undergraduate student at Wheaton in 1920. 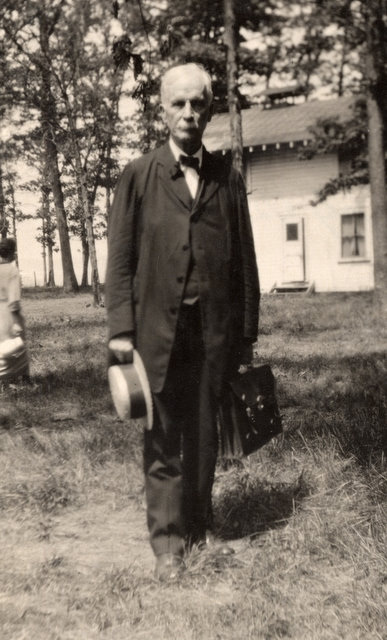 Dr. Blanchard had his own way of handling discipline and I must say it was effective, In the spring of my freshman year he told us in chapel that we all wanted to have the campus looking nice for commencement. He said one way to make this possible was to keep off the growing grass. He asked us to be sure to keep on the regular walks. The next morning I overslept a little. I must have studied late the night before. To make up a few seconds on the way to my 8:00 o’clock class I was cutting across campus from the corner of Washington and Seminary Streets. As I approached the main building, to my horror I saw President Blanchard on his way out to meet me. From his office window in the southwest wing he had seen me running on the grass. With a big smile he put out his hand and said, “You are my friend from the coal regions of Pennsylvania.” He had an unusual memory for where people came from better than remembering their names. He asked for it and I gave him my name — incidentally my right name. We shook hands. He said, “I came out to ask you something. If you should encourage all your friends to keep off the campus grass and I should do the same thing, do you think it would help?” I said, “Yes, President, I think it would.” He said, “Will you do this?” I said, “Yes, President, I’ll be glad to.” With a big smile he said, “Thank you so much. Now hurry along to class. The Lord bless you and give you a good day.” I didn’t walk on the campus grass again.