Among its artifacts, departmental records and multitudinous holdings, Wheaton College Archives and Special Collections also maintains thousands of photographs. A name often seen on the bottom of many shots featuring school staff or local residents is “Orlin Kohli.” 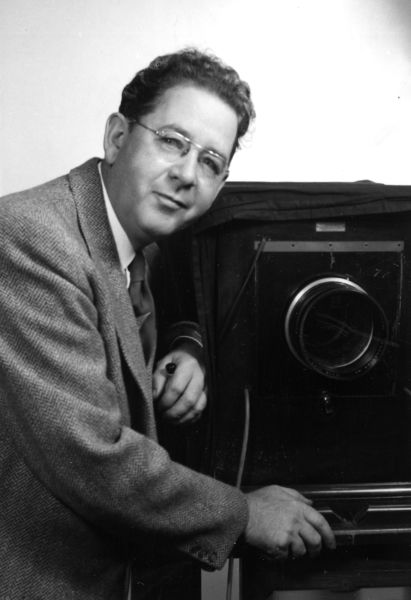 Kohli began his education at Wheaton College, completing three years before transferring to the University of Colorado, where he graduated in 1924. He briefly taught school in Ft. Lewis, Colorado and Hammond, Indiana, before discovering his passion for photography. Opening his first studio in 1926 in the Smith Building, he stayed until 1936 when he relocated to 212 North Hale. Through the years his portraiture won national as well as community recognition. In 1953 the Professional Photographers of American honored him with the Master of Photography degree, recognizing excellence in photographic technique. In 1966 they again honored him with an award banquet for distinguished service to the profession, inviting him to exhibit 20 prints made throughout the years. Kohli in 1968 was honored as the official photographer by the city council and Mayor Karl F. Heimke, who stated, “Only once before has the city honored a specialist in his field in this manner and that was when another honored citizen (Frank Herrick) was named poet laureate for the city.”

Kohli was also a member of the Illinois Association of Photographers, serving as president from 1948 to 1949. When not creating portraiture in his studio, he served for 12 years on the Wheaton Public Library board, including a term as president. Kohli served two terms on the school board for District 95 and was active in YMCA work.

In addition, he was a charter member of the Geneva Road Baptist church. He died in 1972 at age 74, leaving a widow and three children.