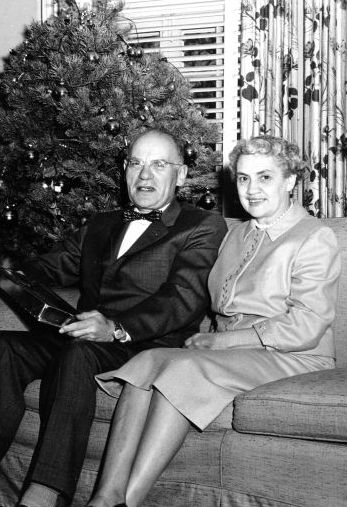 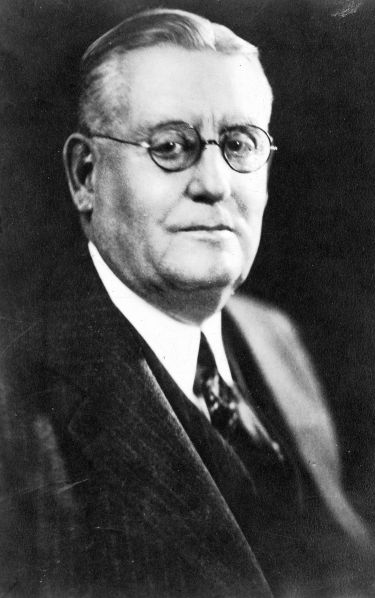 Since its founding in 1871, the old church has seen a succession of qualified ministers occupy its pulpit. Among these was the gifted Reverend John Timothy Stone, Fourth’s seventh pastor. Stone had been serving at Brown Memorial Church in Baltimore when he finally accepted Fourth Presbyterian’s persistent invitation, officially installed by the presbytery in 1909. Under his leadership the church’s lay ministries greatly increased as his eloquence attracted swelling crowds. In 1928 Stone was elected as acting president of Presbyterian Theological Seminary (now McCormick Theological Seminary), assuming full-time duties in 1930. Situated so prominently, Stone interacted with the chief ecclesiastical figures of the era, including Dr. J. Oliver Buswell, then-president of Wheaton College, who had in 1918 received his divinity degree from the seminary. These were transitional years not only for Stone and Buswell in their roles as college educators, but the battle between theological “modernists” and conservatives was just beginning to heat up, boiling toward a crisis which would shiver institutions and divide loyalties. According to historian Ovid R. Sellers, “The theological controversy which threatened to split the Presbyterian Church in the USA during the twenties had no repercussions on the McCormick campus.” This assertion is not quite accurate, as seen in the following correspondence.

Relations between Buswell and Stone began cordially, each occasionally inviting the other to Chicago or Wheaton for a friendly lunch. However, Buswell in 1930 explains his hesitance in advising ministerial candidates to attend Presbyterian Theological Seminary. The issue, he writes, is that he had recently heard a lecture at the seminary delivered by a Professor Hays, seemingly mounting a “virulent attack upon the doctrine of the infallibility of the Bible..,” in addition to advancing an “un-Presbyterian” appeal to the “inner light.” Buswell had also heard from several witnesses that a Professor Frank was teaching doctrines “strongly opposed to evangelical standards in theology.” Further, he feels that Stone has “misrepresented me as a loyal alumnus of McCormick Seminary.”

Stone replies graciously, including written responses from Hays and Frank. “Please dismiss from your mind any spirit other than cordial toward Wheaton College or toward yourself,” he writes, hoping to disarm Buswell and put the matter to rest.

A considerable number of Wheaton students and graduates have told me directly and at different times of statements made by yourself and by other members of your faculty reflecting upon me and upon Wheaton College. I was told within the past month of a remark which you made to one of our graduates slurringly referring to me as a disloyal alumnus. Another member of your faculty some time ago referred to my direct and straightforward criticism as “throwing mud as his Alma Mater.”

He goes on to address Hays and Frank’s objections to his criticism of their theology, reiterating his suspicions that these teachers are, indeed, liberal in their appeals to authoritative sources beside the Bible, and disparages their suggestions that the Old Testament prophets, along with Jesus, simply re-packaged existing pagan customs to suit their immediate ministerial needs.

Buswell, summing up, informs Stone that he is too busy to fully respond to all his concerns, but will do so when he returns from an engagement in Buffalo. He writes somewhat threateningly, “I am wondering whether it is not my duty to prepare an article, making my position in regard to the seminary as clear as possible. I do not like to be called a disloyal alumnus or one who throws mud on his Alma Mater, without having it known that I have sufficient reason for my criticism.”

Stone’s reply, if such exists, is missing from the record; but history demonstrates that Wheaton College anchored herself largely to the right of the theological center, as McCormick bobbed ever leftward.