Natural studies had long been featured in the Wheaton College curriculum, but the ever-increasing interest in science indicated to the administration that a modern facility was needed to house the biology, physics and mathematics departments. The proposed structure would adjoin the existing Breyer chemistry building, and would include 20 faculty offices, six class rooms, 14 instructional laboratories, 15 faculty or student research labs and a reference room for housing specialized journals and handbooks representing all the sciences. It would also feature an exhibit hall for the recently acquired Perry Mastodon, displayed in a glass enclosure facing the quadrangle lawn. This plan, designed in Georgian style, was initially proposed: 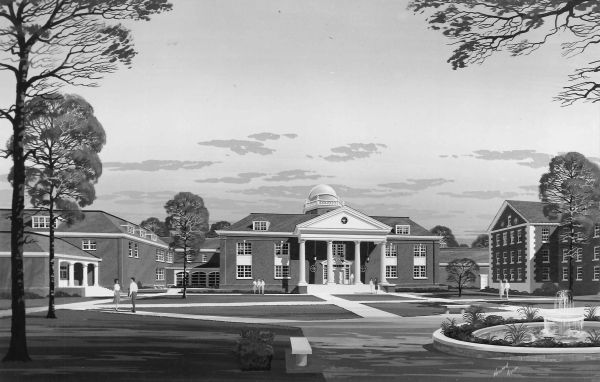 After further discussion, the plan was revised, prompted by economic factors, provision of additional space, the possibility of future expansion and the desire for a more contemporary motif. Like the previous plan, this design allowed for a telescope and observatory on its roof. Groundbreaking began on June 1, 1969. Armerding Science Building (below) opened in 1971 and served admirably for the next thirty-nine years until the state-of-the-art Meyer Science Center opened in 2010. 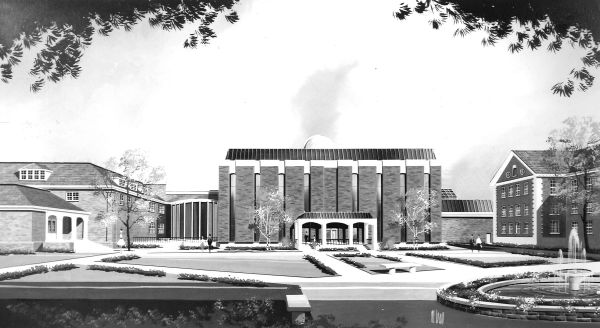