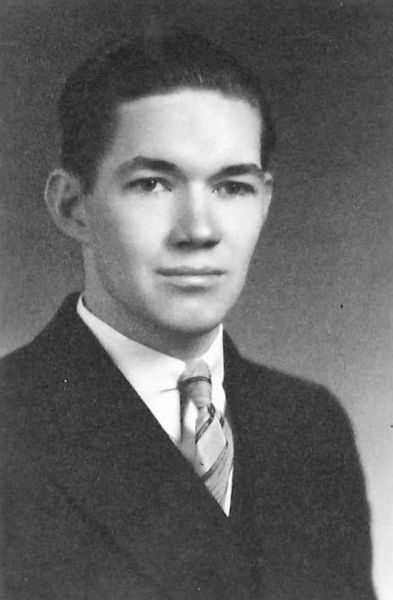 In honor of Veteran’s Day, the following article is reproduced from a 1947 newspaper, profiling Wheaton College Gold Star veteran William Rees Lloyd, killed in action on May 6, 1942, during World War II.

Ensign William Rees Lloyd, USNR, son of Mr. and Mrs. Elias R. Lloyd of Monticello, has been issued his permanent citation for his Navy Cross from the Secretary of the Navy James Forrestal, for the President. Ensign Lloyd earned the award during the final Japanese assult on Corregidor. Lloyd consistently disregarded all personal danger as he directed his men with unfaltering skill and ingenuity in the defense of his assigned beach area.

Rees was further recognized when a destroyer escort vessel was named in his honor. The U.S.S. Lloyd was christened in the Charleston Navy Yard in South Carolina. His mother, Mrs. Ella Lee Lloyd, performing the christening, remarked, “I hope that the ship will carry on the work until God gives us peace.” Representing Wheaton College was Harold Lindsell, Rees’s classmate, then teaching at Colombia Bible College. As a student at Wheaton, Lloyd was a member of the Excelsior Literary Society. He participated in track, cross-country and junior varsity football; and in his senior year he placed among the “pre-meds.” 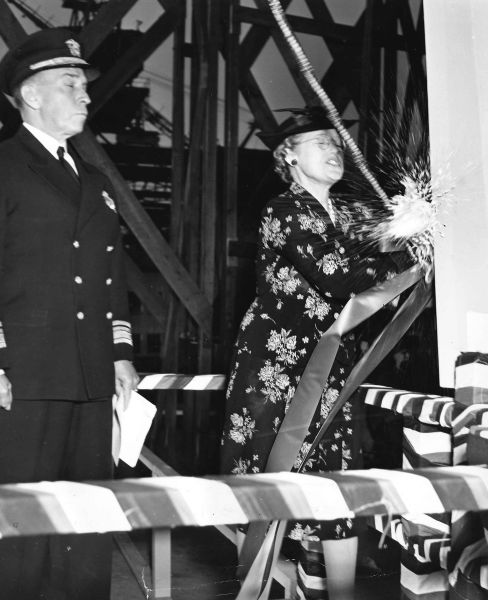