Last summer I had the chance of a lifetime—a six-week trip to exotic places, all expenses paid. The catch: take 30 students with me.

Because these were Wheaton students, the job was easy and delightful, but personally challenging nonetheless. I expected physical and intellectual hurdles as we traveled through Israel, Istanbul, Greece, and Rome, but was unprepared for the richness of spiritual enlightenment as I journeyed through places of religious turmoil, encountering Jews and Muslims, as well as Orthodox, Protestant, and Catholic Christians.

Often exhausted, sweaty, hot, and dusty after our lengthy hikes, I gained a clearer picture of Jesus’ tired frame slumping by Jacob’s well as he appealed to the Samaritan woman for a drink. Exploring Philippi, I caught whispering echoes of the Apostle Paul proclaiming the gospel to Lydia at the river, the water still flowing over the same rocks that witnessed the gospel’s entrance into Europe. From the magnificent heights of the Parthenon, I looked over the ancient Athenian agora (market) and marveled at the rich extravagance ascribed to the ancient gods and goddesses. (Little wonder many scoffed at Paul’s claims about a simple Jew being the Savior of the world.) In Rome, the still impressive Forum and Coliseum are now a crumbling reminder of the empire’s former strength and cruelty.

The physical stresses and intellectual challenges prepared me for the most trying contest-delving deeply into questions surrounding Christian unity and charity. For the first time, I engaged with Orthodox Christians and their worship. The holy sites in Bethlehem and Jerusalem are perfumed with the incense of centuries of devotion—a piety totally unfamiliar to my Evangelical Free Church upbringing.

In Istanbul, our group was granted rare privileges: an audience both with the Ecumenical Patriarch, Bartholomew I, and with the Armenian Patriarch, Mesrob II. The latter was a jovial conversationalist who entertained our direct questions for an hour. Having studied in the United States, he contrasted the American situation with that of his flock, for whom simply confessing oneself a Christian in public was bold indeed. He added that serving both Muslims and Christians in their church-operated hospital spoke volumes to the wider public. His All Holiness Bartholomew I granted a formal audience where he stressed his unity-building work with Muslims in Turkey as well as his concerted efforts to protect the environment.

Perhaps nothing so poignantly symbolizes the tensions and aspirations for peace between faiths as the Hagia Sophia, built as the grandest church in Christendom, and later converted to a mosque. Currently Christian frescos and Islamic medallions compete for a visitor’s attention. Scaffolding rising from the center, 20-stories high, epitomizes the rebuilding hopes of Christians seeking peace with their Muslim neighbors.

—–
Dr. Lynn Cohick, Associate Professor of New Testament, is interested in how average Jews and Christians lived out their faith in the ancient setting of Hellenism and the Roman Empire. Prior to coming to Wheaton, she taught overseas at the Nairobi Evangelical Graduate School of Theology in Kenya for three years. She enjoys riding horses, reading mysteries, and jogging with her husband, Jim. (The above statement was included at the time of publication — Wheaton Magazine, Autumn 2008)

When Wheaton College custodian Dwight Ellefsen suddenly died on the job in 2006, few staff or students realized that, years earlier, he had enjoyed a professional career of considerable renown. 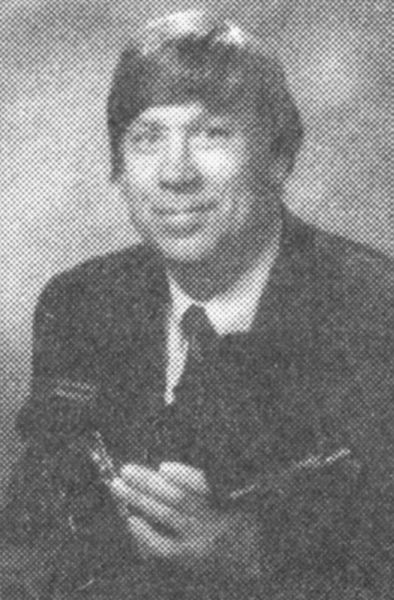 As a young man, Ellefsen studied photography at the Brooks Institute in Santa Clara, California, before working for the Associated Press. Eventually Ellefsen worked with famed photographers Ansel Adams and W. Eugene Smith. His clients included Lamborghini, Standard Oil, Time Life Books, National Geographic and celebrity shoots, including Mohammed Ali. Ellefsen was the first photographer ever to have been nominated by the Chicago Artist Guild. In 1971 he was nominated for a Pulitzer Prize for a photograph taken of three Chicago firemen. Living for a year in Alaska, Ellefsen worked on a film about Inuits, which received an Academy Award Nomination in 1972.

His film photography also received awards from the Cannes Film Festival and the Midwest Film Festival. From 1975 to 1985 he was a professional photographer at Argonne National Lab in Darien, Illinois, until he was laid off during a bad economy. Ellefsen’s ability to observe and record a moment established his reputation as a first-rate artist. Soon hired at Wheaton College, he settled into a new career as a custodian in Edman Chapel, Smith-Traber, McManis-Evans and Fischer Halls. A strong Christian, Ellefsen performed well as photographer or custodian.

It has been remarked that photography is the art of seeing. Ironically, after his death, one colleague remarked, “He was the kind of guy people could pass every day in the halls without appreciating him or noticing him.” Aside from award-winning photography, perhaps Ellefsen’s greatest legacy is an invitation to the living, especially Christians, to open our eyes to those who stand beside us and behold the glory, however insignificant they might seem. How does “paying it forward” play out in academia?

I was recently asking a very talented former student about her experiences as a new instructor. She expressed how much she loved what she was doing, and parenthetically asked how I had known teaching would fit her calling. I couldn’t quite bring myself to tell her how evident her talents and gifts were, or to dispel the mysteries around my powers of observation. However, still enjoying the moment of grandiosity and humor, I was reminded that I had simply lived out a generational legacy.

When I was a junior in college, the head of the psychology department, Dr. Martha Shalitta, said to me, “You are going to teach college students one day:’ It was a remarkable thing to hear as a young African American man-the first generation of his family to attend a four-year college. At that time my highest aspiration was simply to graduate, so becoming a faculty member was not a real consideration. In fact, to this day I’m not sure what compelled her to say this, but it began a dream that God brought to fulfillment. I have been very fortunate throughout my academic career to have people invest themselves in my future, and speak inspiration into my life; moreover to offer dreams beyond my imagination, and wisdom beyond my life experiences.

I am convinced that mentoring is more than scholarly assistance or career coaching; but it is also helping students see their greater potential and then facilitating the possibilities.

This is the most inspiring and renewing aspect of my work. Consequently, of my three most rewarding duties, teaching/training, collaborative scholarship with faculty and students, and mentoring young professionals-mentoring is the most personally satisfying. It means that I sometimes allow students to disturb my scholarship moments, or occupy my research time and linger in conversations that go beyond a particular question to the larger questions of living wisely. I find that this allows me to hear a deeper narrative of their dreams and possible selves, but it also provides a chance to question their perceptions and distortions. Mostly, it gives me a chance to learn who they are and see how God is shaping and inspiring them.

Supporting students as they identify their calling and capacities has become as important to me as helping them determine the future questions that their generation must answer. For them to answer these challenges, they will need to be people of creative intellectual abilities, plus spiritual men and women of maturing qualities. Mentoring can help students avoid the pitfalls of becoming self-absorbed in aggrandizing ventures, or the experience of disillusionment from kindheartedness without discernment. Most importantly, mentoring can inspire them beyond their first dream.

—–
Dr. J. Derek McNeil, Associate Professor of Psychology, received his Ph.D. in counseling psychology from Northwestern and his M.Div. from Fuller. He teaches diversity; clinical interviewing skills; group, marital, and family therapy; and has traveled nationally and internationally presenting workshops and seminars. He has also published four articles and authored chapters in five books. (The above statement was included at the time of publication — Wheaton Magazine, Winter 2008)