Aside from the institution of slavery, Jonathan Blanchard, founder of Wheaton College, loathed the Masonic Lodge. Speaking at various churches and civic events, Blanchard seldom lost an opportunity to discredit the Lodge and its secret rites. On one occasion, however, he might have uttered a few words too many. The following editorial was published in the Wheaton, Illinoisian on August 12, 1887: 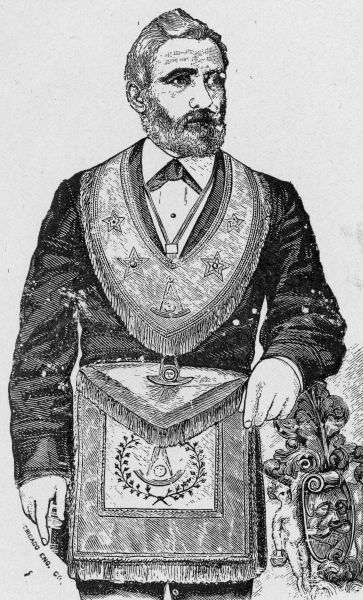 Replying to a question asked by J. Blanchard in what he was pleased to call a sermon, Sunday evening, August 7, at the Baptist church, “What Lodge in the country gave a dollar to pay for scraping lint or preparing anything for the comfort of the soldiers?” I would answer that Wheaton Lodge No. 269, F. & A.M., then in its infancy, gave one hundred and fifty dollars ($150.00) for that purpose. The Lodge at Naperville, Il, a like amount, and the Lodges all over the country gave for the same purpose. Query: What did the head of the house of Blanchard give to aid in carrying on the war? On the contrary, I am credibly informed that this same Blanchard discouraged the enlisting of students, saying of them, “Let the scum of society go first.” W.H. Johnson, Wheaton, Ill, Aug. 10, 1887.

Thanks to Robert Shuster of the Billy Graham Center Archives for providing this article.