Oswald Chambers’ strong faith was accompanied by an abundant imagination that developed into a vibrant creativity. After attending Sharp’s Institute as a child, Oswald received further education from several institutions including the National Art Training School in London (later renamed the Royal College of Art) where he received the Art Master’s Certificate, despite his father’s objections to his art studies. His father, a Baptist minister, did not believe that art could be a platform for ministry.

Chambers furthered his art studies at Edinburgh University and saw the arts as a gift of God to make life on earth bearable–they were a necessity, not a luxury.

In God’s Workmanship Chambers wrote that:

“The Personality of Truth is the great revelation of Christianity–“I am … the Truth.” Our Lord did not say He was “all truth” so that we could go to His statements as to a text-book and verify things; there are domains, such as science and art and history, which are distinctly man’s domains and the boundaries of our knowledge must continually alter and be enlarged; God never encourages laziness. The question to be asked is not, “Does the Bible agree with the findings of modern science?” but, “Do the findings of modern science help us to a better understanding of the things revealed in the Bible?” 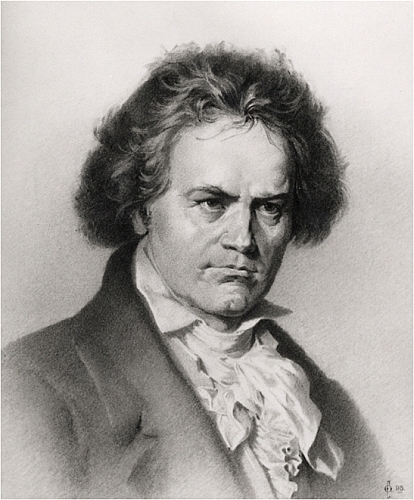 Art is one of those domains wherein humanity can both imitate God’s creativity and find expression for our own. Here are some examples of Oswald’s work, the originals, of which, are located in our collection.

It was at Edinburgh that Oswald prayed that he would serve God through art. As he continued his studies Chambers sensed that he was being called into fuller service and ministry. While in Edinburgh, he came under many positive influences, but particularly that of venerated Scottish Presbyterian pastor and Keswick leader Alexander Whyte. Especially influential was his Young Men’s class. Chambers struggled immensely regarding the ministry. George Oxer, a longtime friend, sought to correct “any who may think that Oswald Chambers had an easy passage to the heights God took him. The measure of the valley is the height of the mountain. My friend’s soul was a lone rough rider passing through the wilderness to his Canaan.”

Shown here is a charcoal drawing of Beethoven that is housed in the Chambers collection.