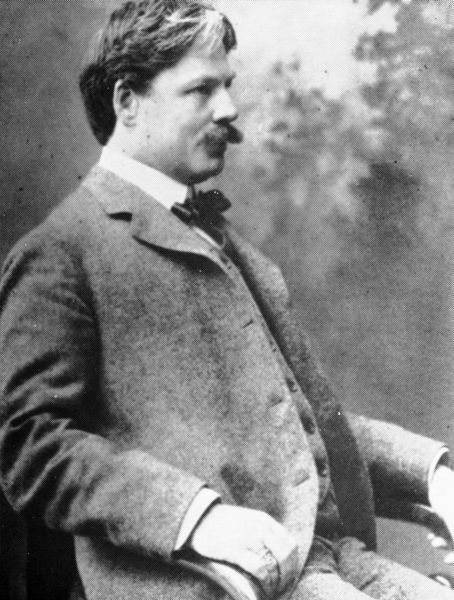 Edward MacDowell (1860-1908), pianist and composer, felt that the productivity he enjoyed in his later years was the result of the uninterrupted leisure and pine-scented countryside of Peterborough, New Hampshire, where his summer retreat was located. Comfortable in his cabin situated a few years from his home, Hillcrest, he created the Norse and Celtic sonatas, the New England Idylls, the Fireside Tales, and many other songs and choruses. So far out in the woods, the property offered the deep pervading solitude of a primeval forest. During his final illness MacDowell fretted as to what might happen to this beloved patch of earth, hoping that it might continue providing a safe haven for other artists. As he lay dying, his wife, Marian, promised him that she would devote her life to fulfilling his dream. Shortly before he died, the Mendlessohn Glee Club had raised funds for an as-yet undecided memorial; at the suggestion of Mrs. MacDowell, the memorial took the form of an endowment of the Peterborough property for the purpose of establishing an art colony.

Feeling strongly that the various arts all spring from the same impulse, Edward MacDowell encouraged his students to expose themselves to other forms. For instance, the musician should know something about painting; and the sculptor should know something about poetry. The best way to accomplish this was to congregate representatives of all arts, acquainting them with one another. And so the Colony was instituted, acquiring additional acreage in the following decades – though most of it remained undeveloped to preserve the rich forest. Studios and cabins were built, each sufficiently secluded to afford privacy and productivity. Men had their own houses, the women theirs. Residing at Hillcrest, Mrs. MacDowell supervised the construction of studios, roads and the farm. In addition, she traveled far and wide, delivering lecture-recitals, raising substantial support for the 600-acre Colony.

Throughout the years the Colony has hosted such guests as Willa Cather, Elinor Wylie, Edwin Arlington Robinson, Stephen Vincent Benet and Thornton Wilder, who there wrote Our Town. Recent participants include James Baldwin, Michael Chabon and Alice Walker.