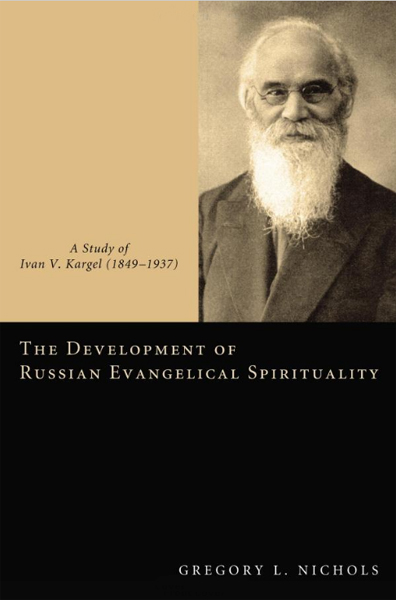 A new book on Russian Evangelical spirituality is receiving strong praise. Aided by the holdings of the Wheaton College Archives & Special Collections, along with other archival resources, Gregory Nicholas has produced what Walter Sawatsky of the Associated Mennonite Biblical Seminary, calls a “deep, careful exploration of the developing spirituality and theology of Ivan V Kargel.” Sawatsky goes on to say that in The Development of Russian Evangelical Spirituality, Nichols has made “an important contribution [that] has earned [Nichols] the right to be heard.” Utilizing the Pashkov Papers, Gregory Nichols delves into the life of Kargel, whose life spans from Tsarist Russia to the Soviet Union. Despite Kargel’s disinterest in articulating a systematic theology, Nichols illustrates how the Keswick Holiness movement played a vital role in Kargel’s theology and how Kargel adapted this Western movement to his own context. Commending Nichols’ use of “previously neglected primary sources,” noted scholar, David Bebbington (University of Stirling), reinforces the significance of Kargel as “the most important spiritual writer in the early years of the evangelical Christians-Baptists in Russia and Ukraine.” The history of Christianity in Russia goes back more than a millennium, but the historical tapestry of Evangelical Protestantism was only woven more recently through the influence of German Baptists, a revival sparked by a British evangelist (Lord Radstock), and a pietistic awakening among the Mennonites in the South. It is clear from reviewers that Nichols book is a valuable contribution to the study of global Evangelicalism and the fuller understanding of Russian spirituality.