All editions of Pilgrim’s Progress describe a thrilling scene in which Christian is directed to the heavenly city by Evangelist. However, the 1931 Wheaton College Tower front flyleaf illustration slightly tweaks the old story, instead upholding Blanchard Hall as the celestial destination. Other such images are featured throughout the volume. Using the theme of pilgrimage, editors from the Junior Class write:

As Christian travelled his way full of difficulties and temptations toward the Light, we as students are wending our way to the same Light. Thus realizing these few years at Wheaton are but a milestone on our way, the Tower ’31 portrays our Pilgrimage. 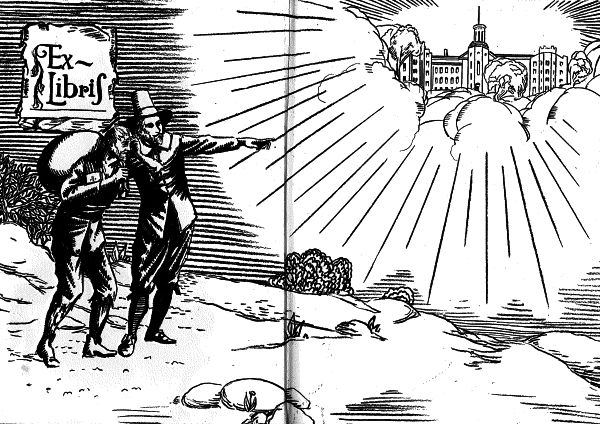