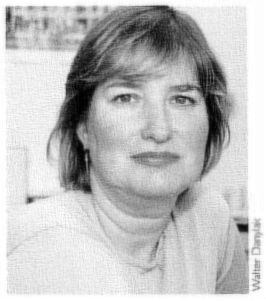 Scripture speaks so eloquently of God’s passion for the poor and the outcast. Throughout my adulthood, I too have had a passion for seeking justice for the poor. Prior to coming to Wheaton, I had worked as a community organizer in an all-black neighborhood in Chicago, as an advocate for stronger civil rights legislation and job training programs for the poor, and as an organizer for several local reform politicians. I saw coming to Wheaton as a continuation of my calling to a ministry of justice because it was my hope that through teaching and writing I would be able to impart those passions to my students.

Every year I have new students in my classes who have been inspired by a church missions trip or an urban immersion experience and are now eager to learn more. They understand that Christian leadership means service, and they want to know how they can best live that out in what they choose to do as adults.

A growing number of Wheaton students are wrestling with a sense of calling to some form of urban ministry as they prepare for adulthood. For them, urban studies can serve as a window into what in most cases is a very different environment, while also serving as a window into their own souls.

As director of urban studies, I see it as my calling to broaden and deepen my students’ thinking about poverty so they can clearly see the impact of societal evils in creating and perpetuating poverty and hunger in the world. Unlike the students I taught at the University of Chicago when I was in graduate school, Wheaton students’ faith serves as a common foundation. They come into the classroom knowing that God expects them to serve the hungry, the homeless, the sick, and the needy, because “when you did it to one of the least of these, my brothers and sisters, you were doing it to me” (Matt. 25:40). I seek to present them new perspectives on Scripture, often drawing on the prophets of the Old Testament such as Isaiah, Jeremiah, and Ezekiel, as well as Jesus’s own ministry among the outcasts of Jewish society.

I seek to challenge many of my students’ assumptions about the life conditions and hardships that confront people who live in the poorer communities of our nation’s big cities. They are accustomed to thinking about poverty as an individual problem, yet the growth of large poor neighborhoods in central cities is also the legacy of housing and school segregation, the loss of industrial employment, and flight of financial capital.

For young Christians to seriously engage in ministry among the poor, they have to recognize that there can be no genuine solution to poverty in America unless those most hurt by it become actively engaged in the search for solutions.

Young Christians trained in Christian colleges like Wheaton who are seeking to do urban ministry will have to form partnerships and share skills and experiences with Christians who have grown up in these communities. For many students, their urban experience will be life-transforming because they learn that to be a light in this world requires that they give of themselves. They have to empty themselves in order to serve others. They learn that there are no easy solutions to renewing poor communities and that any change requires great love, hard work, and deep commitments.

Twenty years ago, the Wheaton Alumni magazine began a series of articles, titled “On My Mind”, in which Wheaton faculty told about their thinking, their research, or their favorite books and people. Former Associate Professor of Political Science and Director of the Urban Studies Program, Helene Slessarev (who taught at Wheaton from 1991-2006) was featured in the Summer 1999 issue.