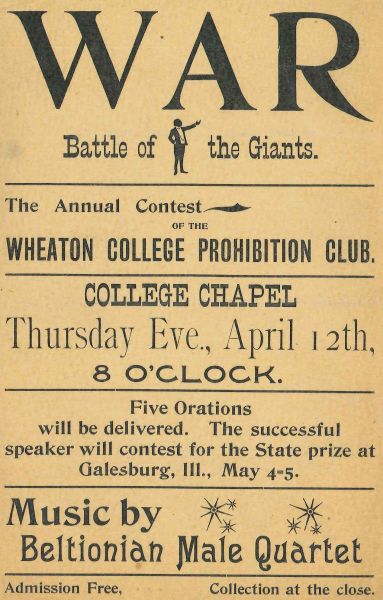 The matter of casual consumption of alcohol is increasingly accepted among Christians, but in previous generations “the drink” was considered an insufferable evil — a quick, sure agent for destroying the family and the community. One tract from 1922 notes, “The children of this generation must be taught that alcohol is present in beer, wine and home-brew, and that alcohol, wherever found, is a poison.” Evangelists such as Billy Sunday continuously railed against the dangers of booze, preaching with such aggression that saloons and bootleg operations shut down all across the country.

Modern sensibilities might disagree, but voices from the past proclaim their opposition with conviction.