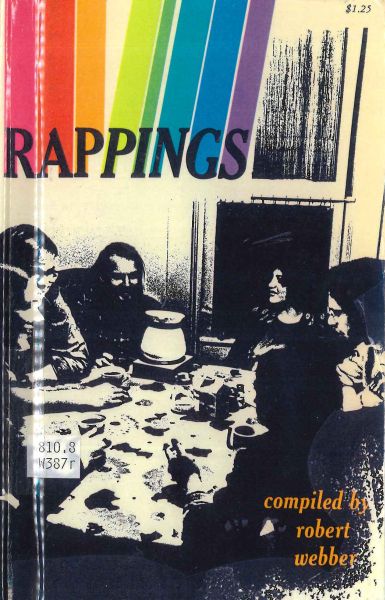 Dr. Robert Webber, former professor of theology at Wheaton College, expressed deep concern for Christian youth entering the 1970s, an era of tremendous political and sociological upheaval. In 1971 he published Rappings, a compilation of poems by Wheaton College students. He writes:

I find that Wheaton College students are far ahead of many of their peers in feeling the problems of modern man. They are awakening out of the isolationism of the previous generation and questing toward a new Christian consciousness, and to this end they are willing to examine their faith to the roots and to purge it of externalism in search of the central dynamic of Christianity.

Their generation is not satisfied with easy answers or with people who avoid hard questions. These young people would join me in saying that hope for mankind is found only in the recovery of the gospel — namely, that in Jesus Christ alienated mankind is forgiven, accepted and called into a new way of life.

The emphasis of the new generation of Christian youth is on the living of the Christian life, not in the sense of adhering to subcultural rules and regulations but in returning to a biblically oriented life, continually deciding to be Christ-followers. The young Christians are intent on taking the teachings of Jesus seriously, feeling that the alternative to a lifestyle centered in things and self is a life like that of Jesus, emphasizing the matters of the Spirit and the enduring values of life.

Rappings does not intend to give a final answer to the world’s problems. It is, rather, a record of young adults honestly expressing their Christian experience as it concerns themselves, their world and their faith.