Sabbatical. Noun. A year or half year of absence for study, rest, or travel, given at intervals, originally every seven years, to teachers, in some colleges and universities. This dictionary definition confirms again what I regularly tell my students in my literature courses-that abstraction and propositional discourse, for all their usefulness, never do justice to human experience as actually lived.

What my sabbatical semester gave me more than anything else was leisure of a certain type.The word leisure is traceable back to the French word leisir, from the Latin licere, meaning, “to be allowed.” Our word license comes from the same root.

What did I have license to do while on my glorious sabbatical? I was free to pursue a wide range of research and writing projects without intrusions. I was still sometimes the first person to arrive at the office and the last to leave, but since it was something I was free to do rather than obliged to do, even that felt leisurely. In addition, I woke up without the sense of latent anxiety that I feel even after all these years when I wake up knowing that I need to stand before an audience.

My sabbatical gave me the freedom to speak around the country in a way not allowed by my teaching routine-at Milton conferences in Tennessee and Pittsburgh, a Reformation Day in Dayton, a writer’s conference in Virginia, a theology conference in Atlanta, colleges in Alabama, a Christianity-and-the-arts conference in Kansas City.

I also had license to do some of my study and writing in sites far removed from Wheaton, and the result was a feeling of accomplishment with a “value-added” sense of refreshment and expanded horizons. My ongoing scholarly project is to contextualize Milton’s sonnets in a Puritan milieu. It was more invigorating to work on it at a chalet in Wisconsin and a hunting estate in Maryland than in my office.

All of my previous leaves of absence have been conducted under severe time pressure to meet a publishing deadline. I resolutely refused to let it happen this time, and it is one of the best decisions of my scholarly life.

In my writings on work and leisure, I have asserted that leisure must be felt as leisure before it genuinely is such. The sabbatical allowed me to translate that theory into practice, and I am grateful.

Dr. Leland Ryken has taught at Wheaton College for 36 years. He has published two dozen books (including edited and co-authored books). In 2003, Dr. Ryken received the distinguished Gutenberg Award for his contributions to education, writing, and the understanding of the Bible. His wife Mary ’88 is a graduate of the Wheaton Graduate School, and his three children- Dr. Philip Ryken ’88, Margaret Beaird ’93, and Nancy Taylor ’98-are graduates of Wheaton College.

1950 was a very good year for courtesy at Wheaton College. Concerned about campus decorum in daily routines, the Intersociety Council compiled a handy booklet for instructing the average clueless Wheaton student on the correct social behavior involved in such matters as successful interaction with the opposite sex, polite chitchat, appealing dress and proper dinnertime comportment. This instructional is titled “Tradiquette,” smashing together the words “tradition” and “etiquette.” The editors state:

No one wants to feel odd, awkward or ill-at-ease. To be known as a person of poise is very much to be desired. In order that this be true of one, he must know the answers — what the inhabitants of his particular little world considers important — “how to do what, when.” So in your hand you have, for that very purpose, a little guide book compiled by Wheatonites for Wheatonites.

The advice is sensible. For instance, “…be free with the toothbrush. After all, water doesn’t bite, and being friendly with it can take a lot of the sting out of life.” The entry called “Don’t be an iceberg” encourages smiling and friendly conversation with students, staff and campus visitors. The entry called “Don’t be a clinging vine” warns the young lady about excessive arm-in-arm strolling with her guy because “…maybe he doesn’t want the extra load.” She must be reasonable. “But very seldom,” it adds, “does a girl grab a wing without a reason.”

The entry called “Class in class” cautions students against disrespectful behavior like 1) coming in late 2) writings letters 3) looking out the window 4) chewing gum 5) combing hair 6) whispering 7) filing fingernails 8) sleeping. “If you’re guilty of this — to the doghouse, please.”

What would the editors think of cell phones and instant texting? 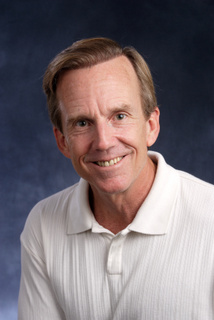