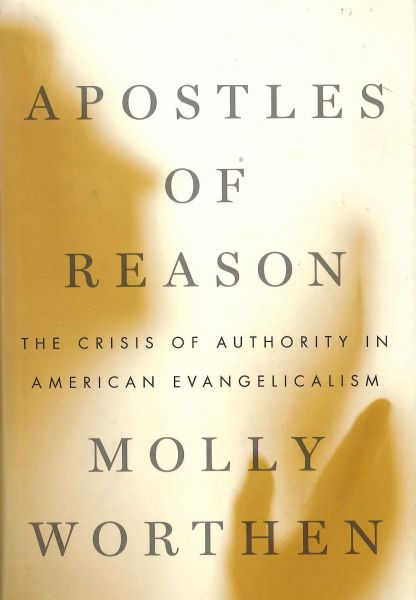 Molly Worthen, Assistant Professor of History at the University of North Carolina, Chapel Hill, using the combined resources of Wheaton College’s Archives & Special Collections, Billy Graham Center Archives and the Wade Center, has released Apostles of Reason: The Crisis of Authority in American Evangelicalism (2014). Navigating the paradoxes and ideological clashes of the Christian Right with American culture, she examines the often fierce struggle between faith and reason.

Historian Mark Noll, formerly of Wheaton College, remarks: “Apostles of Reason brings a new level of sophistication, as well as sparking prose, to the study of modern American evangelicals. A combination of empathetic understanding and critical acumen makes this an unusually humane, as well as unusually insightful, book.”