Judge Sam Perry of Glen Ellyn, intending to merely deepen the pond on his property, received much more than he expected when, on October 16, 1963, diggers unearthed a prehistoric femur. Professors from Wheaton College were summoned to investigate. Judging the find to be geologically significant, the decision was made to drain the lake and excavate. After several days additional bones surfaced, revealing 60% of a mastodon. Apparently, the unfortunate creature had broken its leg and died at the site of what had been an ancient lake. Eventually the bones and tusks, meticulously recorded, washed, dried, photographed and coated with dilute shellac, were reconstructed. The skeleton, held together by a steel frame, was proudly displayed in Breyer Hall on the campus of Wheaton College for nearly 40 years, until it was ceremoniously moved to the new science building in 2009.

The eight-day dig was accompanied by extensive media coverage and keen interest from the community. The students determined that it needed “a meaningful pet name,” so the skeleton was called “Bonaparte” (bone-apart). But soon the name was forgotten and the display was simply called Perry. 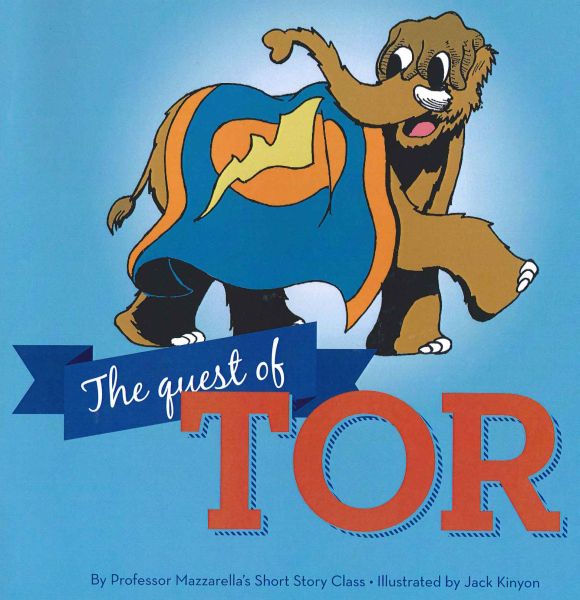 After centuries alone, Perry finally received a companion when Professor Mazzarella’s Short Story Class published, “The Quest of Tor,” explaining the origins of Wheaton College’s new mascot, a young mastodon who leaves his herd and stomps across the United States, searching for “the land of Wheaton,” where a monument has been erected honoring his legendary ancestor. Endearing himself to the campus, Tor is invited by Dr. Ryken to remain. These days at Wheaton College athletic events, Tor is often seen proudly displaying the Thunder banner amid applauding fans. The booklet, illustrated by Jack Kinyon, can be purchased in the Wheaton College bookstore.