As an education professor, I am frequently asked about the three types of educational opportunities: homeschooling, public schools, and private schools—each of which I believe is viable and valuable.

My own experience included a private Christian elementary school, public high school, a private Christian college, and a public university. My children attended public school until they enrolled at Wheaton. Our experiences have been rich and stimulating for academic, social, and spiritual growth. In these settings, we have encountered gifted Christian and non-Christian teachers who challenged our faith by helping us examine what we believe and why we believe it.

When asked to recommend one of these forms of schooling, I encourage parents to examine their own educational views and their child’s characteristics in order to find the best fit. Similarly, when education students ask where to begin their profession, I respond that they need to prayerfully match their educational philosophy with their own God-given personality He calls some to private schools and others to public schools. And often the call changes within a career.

Having offered this advice, I am frequently asked to defend my support of public education. Not only have I attended and taught in public schools, I consider it to be a vital area of service today.

First, the vast diversity in public schools includes both Christian and non-Christian students.While Christian teachers need to demonstrate God’s love to non-Christian families and colleagues, they also offer an important ministry by affirming Christian students for their core belief and values. Respecting every student requires that these individuals’ views be heard in the marketplace of ideas. In caring for all learners, Christian teachers in public schools can provide a model of Christianity in action for a student who might otherwise feel marginalized in a secular world.

Second, public schools offer an opportunity to reflect Christ’s love to students of all economic levels. Christ calls us to meet the needs of the poor. Public schools are increasingly the only option for our poorest students.They (like all students) deserve the most committed and compassionate teachers.

Economic hardship often creates the need for stability. When Steve Mcllrath ’93 began his teaching career at a public high school on Chicago’s west side, his young math students questioned whether he would still be there when they graduated. During his ten years there, Steve has seen nine principals and almost 50 other math teachers come and go (by rhonda). As the epitome of a Christian teacher who serves faithfully in a public school, Steve is much more to me than a former student; he is my hero.

Dr.Jillian Nerhus Lederhouse ’75, Associate Professor of Education, began teaching courses at Wheaton in 1978 while still an elementary teacher in the Chicago public schools. She joined Wheaton’s faculty full-time in 1989 and currently serves as coordinator of the elementary/middle grades program. Recipient of the 2001 Senior Faculty Achievement Award, she has been published in several education journals addressing topics ranging from classroom management to assessment and Christian teachers in public schools. She holds a B.A.from Wheaton, an M. Ed.from DePaul University, and a Ph.D. from University of Illinois at Chicago. She and her husband, Wheaton swimming coach Jon Lederhouse ’74, have three children. (Wheaton Magazine, Winter 2005). 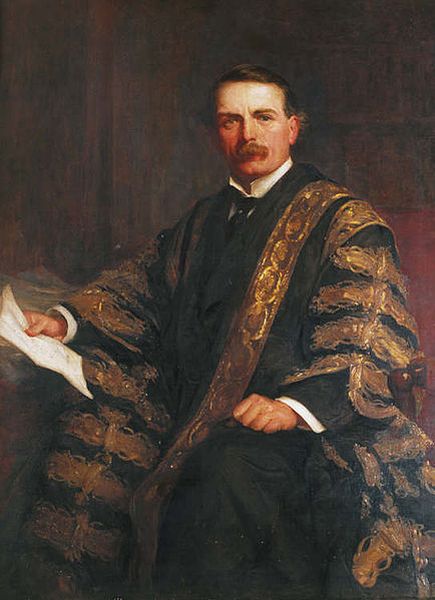 “Tell us your impression of the U.S. Is there anything that strikes you?”

As a visitor from “Old Europe,” I am often asked this kind of question. Actually, I have seen very little of the country. I’ve only caught a glimpse, through the Wheaton window.

What I have glimpsed, however, may be worth mentioning. I have been struck by the amount of self-deprecation in current discourse (not within College bounds necessarily), having heard and read a lot of self-critical talk, concerning American ways and values, especially “individualism,” and, in Christian circles, concerning evangelical tradition, or lack of tradition.

Self-criticism is praiseworthy—one hesitates to criticize it! Self-demeaning, to some extent in all cultures, and in some cultures hyperbolically so, it belongs to polite demeanor. It oils the wheels of social exchanges. Since every human group or institution tends toward inflated images of self, often bordering on idolatry, correction is salutary.

Individually and collectively, the ability to acknowledge weaknesses and faults reflects maturity. Combating pride, the ever-present enemy, is always timely-for pride disguises itself as loyalty or gratitude. (Remember the account in Luke 18:9-14. The Pharisee’s thanksgiving met the outward expectation of religious life, and yet, he did not go home justified.) But cannot self-criticism itself become a disguise? When we criticize our tradition, don’t we secretly feel that we thereby raise ourselves above what we censure?

We say “we,” and mean “they.” Of course, I realize that this boomerangs on me just now. Intellectuals in our societies, as they disparage established orders, often vent their frustration and resentment for not wielding power. (Nietzsche was not wrong on all counts.) Blaming the status quo, of which one is a part, relieves hidden anguish and projects the subject’s existential discomfort onto the world. An upcoming generation conveniently makes room for their own ambitions, brushing predecessors to the side. Not waiving their claim on the estate, they become “self” critical. In any case, as a general phenomenon of perception, attention is always drawn to what does not work properly, thus fostering exclusively negative assessments, and failing to honor that which is praiseworthy.

What are the marks of sound self-criticism? Balance and nuances, and recognizing that which is valuable and must be maintained—these are hopeful signs. Slogans or catchwords, conformity to fashions, ready-made generalizations, are all red signals. Critics are open to suspicion that keep enjoying the benefits of what they condemn. If it is truly self-criticism, it will entail some concrete steps of action.

The heart, however, is so crooked, “deceitful above all things,” that discernment ultimately belongs to the Lord, the Lord alone (Jer. 17:9). His Word is the “critical” (kritikos) agent, to which only we will turn for true and healing criticism (Heb. 4:12).

Dr. Henri A. Blocher, Wheaton’s Gunther Knoedler Chair of Bible and Theology, was born a Frenchman in Leiden, Netherlands. He studied at Gordon Divinity School and in Paris and London. He has taught in the Faculté Libre de Théologie Evangélique, Vaux-sur-Seine, since its founding in 1965, and currently chairs the Fellowship of European Evangelical Theologians. His books include In the Beginning, Evil and the Cross, and Original Sin. He and his wife, Henriette, a psychologist, have three children and seven grandchildren. (Wheaton Magazine, Autumn 2004).