A brave British widow goes to Siam and—by dint of her principled and indomitable character—inspires that despotic nation to abolish slavery and absolute rule: this appealing legend first took shape after the Civil War when Anna Leonowens came to America from Bangkok and succeeded in becoming a celebrity author and lecturer. Three decades after her death, in the 1940s and 1950s, the story would be transformed into a powerful Western myth by Margaret Landon’s best-selling book Anna and the King of Siam and Rodgers and Hammerstein’s musical The King and I.

But who was Leonowens and why did her story take hold? Although it has been known for some time that she was of Anglo-Indian parentage and that her tales about the Siamese court are unreliable, not until now, with the publication of Masked, has there been a deeply researched account of her extraordinary life. Alfred Habegger, an award-winning biographer, draws on the archives of five continents and recent Thai-language scholarship to disclose the complex person behind the mask and the troubling facts behind the myth. He also ponders the curious fit between Leonowens’s compelling fabrications and the New World’s innocent dreams—in particular the dream that democracy can be spread through quick and easy interventions.

Exploring the full historic complexity of what it once meant to pass as white, Masked (published by University of Wisconsin Press, 560 pages) pays close attention to Leonowens’s mid-level origins in British India, her education at a Bombay charity school for Eurasian children, her material and social milieu in Australia and Singapore, the stresses she endured in Bangkok as a working widow, the latent melancholy that often afflicted her, the problematic aspects of her self-invention, and the welcome she found in America, where a circle of elite New England abolitionists who knew nothing about Southeast Asia gave her their uncritical support.  Her embellished story would again capture America’s imagination as World War II ended and a newly interventionist United States looked toward Asia.

The Kenneth & Margaret Landon Papers (SC-38) are cited as primary source materials and are housed in the Wheaton College Special Collections, available to researchers.

Alfred Habegger is professor emeritus of English at the University of Kansas. His previous biographies are The Father: A Life of Henry James, Sr. and the highly acclaimed My Wars Are Laid Away in Books: The Life of Emily Dickinson. He lives in northeast Oregon.

In 2006, Ted Haggard, pastor of New Life Church, author and president of the National Association of Evangelicals, shocked America when he confessed to drug abuse and an illicit affair with a male prostitute in Denver. 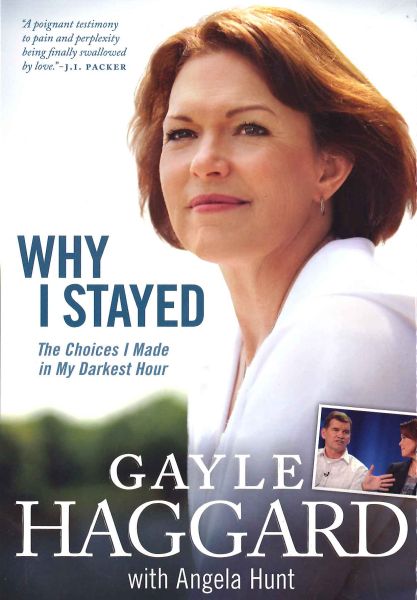 Consequently, Haggard quit his numerous leadership positions and sought pastoral counseling. Not only was Haggard publicly humiliated, but so was his wife, Gayle. Inundated with a persistent question, she responds in her memoir, Why I Stayed (2010). She recounts her marriage to Haggard, from their meeting as students at Oral Roberts University to the present. Gayle Haggard summarizes her conclusions in the final pages:

Why did I stay married to Ted Haggard? I think the more pertinent question — the one I had to settle in my heart — was, Why should I go? My reasons for staying with Ted were far more compelling than any that would have propelled me toward divorce. I stayed with Ted because to me he’s worth the struggle…But even in the midst of my pain, I believed Ted loved me…I decided that he was worth fighting for, our marriage was worth fighting for, and our family was worth fighting for. I stayed with Ted because commitment means something to me. I’ve committed my life to God, which means that I’ve chosen his ways and I follow his example of love and forgiveness. I’m committed to our marriage, to stay in this journey till death do us part. I am committed to our children, and I want to restore honor and dignity to their lives.

The papers of the National Association of Evangelicals (SC-113), from its inception in 1941 until the mid-1990s, are housed in the Wheaton College Special Collections, available to researchers. The NAE is currently headed by Dr. Leith Anderson.

Letters to Jody, published in 1971 by Thomas D. Parks, is a collection of fictional letters from Dr. Blake, an industrial chemist, to Jody, his Bible class student who has just entered a state university. 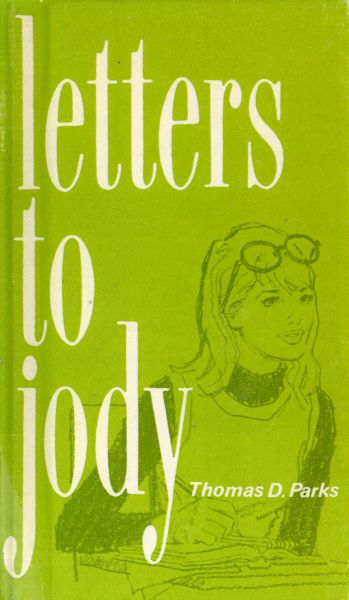 As she adjusts to academic and social expectations, Jody shares various issues with her wise friend. An article from the January 28, 1972 Record explains the book.

If it is true that many parents send their children to a Christian school because it is a “‘safe’ place for my little Frerkowitz,” then there is greater truth in the statement that going to a Madison, University Park or Berkeley will be a crucial period in the life of a Christian youth. A unique insight into a parent’s mind on this subject may be viewed in a recent book entitled Letters to Jody. The author is Dr. Thomas Parks, father of Jody Parks, a Wheaton junior and literature major. However, the Jody of Wheaton is not the Jody of the State U. in the fictitious correspondence. Supposedly the letters are received from Jody’s Bible class teacher. Her name is employed merely as a personifiation of “the Christian University co-ed.” Dr. Parks combined his experience as the father of a Christian college student with his ideas of the current university picture to elucidate his understanding and convey this to his audience.

Letters addresses itself to anyone who would be involved in answering the problems and questions in the mind of the Christian at college or in any other student-related experience. Also, it serves as a representation to a non-Christian or a new believer of some positions held by most middle-class Christian parents. In an interview, Miss Parks said, “Some of the issues in the book were touch to me.” This especially pertained to the letters the book’s cover reviewer termed “race relations,” since Jody serve with SMP in Spring City, Tennessee, a Bible camp for black children this past summer.

Jody aided her father in analyzing content and style in Letters. There were some personal references which she did not want to see printed. Stylistically she said, “The book was too much like a textbook. I helped him cut down some of the letters in length and add more also.” There aren’t any letters by Jody in the book. She did help edit it, however.

Long out of print, Letters to Jody still offers valuable insight into the cultural shifts emerging during the early 1970s, in addition to reflecting the conservative positions held by Dr. Parks, who graduated from Wheaton College in 1942.