The Wheaton College Student Union usually invited quite “serious” public figures to lecture on campus, so it was surely a delight when they snagged Ogden Nash, the American poet of light humorous verse. 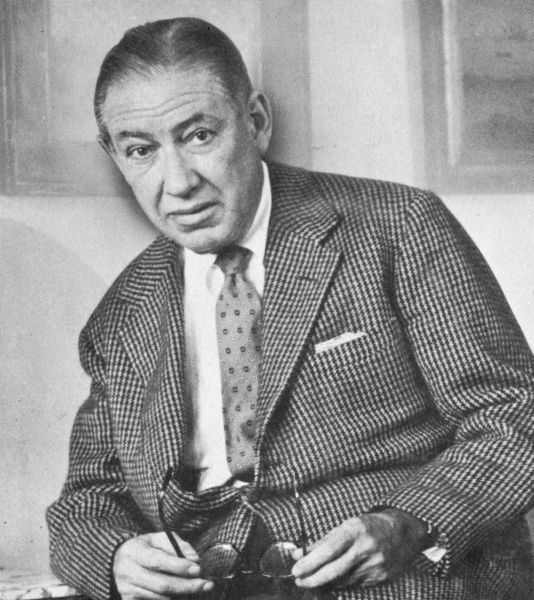 His poetry was famously featured in The New Yorker, The Saturday Evening Post and elsewhere. He spoke in Pierce Chapel at 8:30pm on April 30, 1958. Admission to the event was $1.

His books include Everyone But Thee and Me, Parents Keep Out, You Can’t Get There from Here and Custard the Dragon. Among Nash’s New York literary circle were E.B. White, Dorothy Parker and S.J. Perelman.

Campus reaction to Nash’s performance is not recorded, nor is the notoriously liberal poet’s response to his conservative Christian audience. Not noted for theological reflection, Ogden Nash did observe:

God in his wisdom made the fly,

And then forgot to tell us why.

Nash was an active member of St. Andrews-by-the-Sea in New Hampshire, where his bespectacled face was immortalized on a stained-glass window. He died in 1971. At his funeral this poem was read:

I didn’t go to church today,

I trust the Lord to understand.

The surf was swirling blue and white,

The children swirling on the sand.

He knows, He knows how brief my stay,

How brief this spell of summer weather,

He knows when I am said and done,

We’ll have plenty of time together.