Upon graduating from Wheaton College in 1923, Muriel Fuller studied journalism at various universities before embarking on a celebrated career as editor, writer, and reviewer. 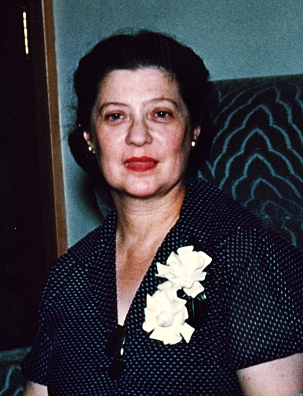 A keen litterateur, she was employed with Rand McNally, Thomas Nelson and the Greystone Press. At Wheaton her roommate was Margaret Landon, author of Anna and the King. In fact, it was Fuller who encouraged Landon to write it. Fuller possessed a rare gift for not only placing her finger on exactly what was wrong with a manuscript, but also offering pointedly useful suggestions toward correcting the problem. Fifteen published books are dedicated to her, with further evidence of her high regard seen in a short 1950 typewritten reply from Ray Bradbury, archived in the Fuller Family Papers (SC-87). As a professional reader for both Redbook Magazine and the O. Henry Memorial Award, she evidently tendered a few friendly remarks, including advice about assembling his stories into an anthology. Bradbury responded with gratitude and availed himself to chat as opportunity allowed. Recently the 88-year-old Los Angeles-based author of Fahrenheit 451 and The Martian Chronicles was alerted to the fact that Wheaton College’s Special Collections has the letter. “I want it!” he said. The staff sent a copy to Bradbury. When it was read to him, he exclaimed, “That’s wonderful!” before tucking it into his voluminous files.