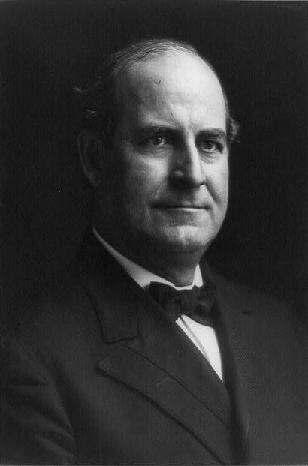 In 1921 Wheaton College proudly hosted William Jennings Bryan (1860-1925). The former Secretary of State under Woodrow Wilson, three-time Democratic presidential nominee, social reformer, lawyer and unswerving Presbyterian fundamentalist addressed a standing-room-only assembly for an evening service in Blanchard Hall’s compact Fischer Chapel, which had seen the likes of D. L. Moody and Jane Addams. According to student Edward Coray, Bryan “was a fascinating speaker and spiced his message with some good humor.” Known as The Great Commoner for championing causes like prohibition and women’s suffrage, he lectured forcefully to faculty and students against the theory of evolution, later using those very arguments in his seminal debate with attorney Clarence Darrow during the 1925 Scopes Monkey Trial. Exhausted, Bryan expired in his sleep five days after the verdict was declared, his death compounded by weight and cerebral hemorrhaging. He is buried in Arlington National Cemetery. To this generation when one thinks of Democratic Conventions the 1968 Chicago Democratic Convention can come readily to mind, but in 1896 Bryan, at age 36, addressed a less-raucous, but no-less significant Democratic Convention in Chicago with his historic “Cross of Gold” speech, which responded to the those demanding a currency based upon a gold standard. Bryan shouted, “we will answer their demand for a gold standard by saying to them: You shall not press down upon the brow of labor this crown of thorns, you shall not crucify mankind upon a cross of gold.” (The Billy Graham Center Archives contains a recording of Bryan redelivering this speech) Sadly, many don’t remember the compassionate statesman. Bryan is cruelly satirized as the oafish “Matthew Harrison Brady” in the 1955 Broadway smash, Inherit the Wind. However, R. G. Lee, the eminent Southern Baptist pastor and convention president, memorialized him as “a mighty statesman eagle, quarreled at but not hindered in his lofty flight, by the noisy human sparrows of his day who envied but could not attain unto his eminence.”