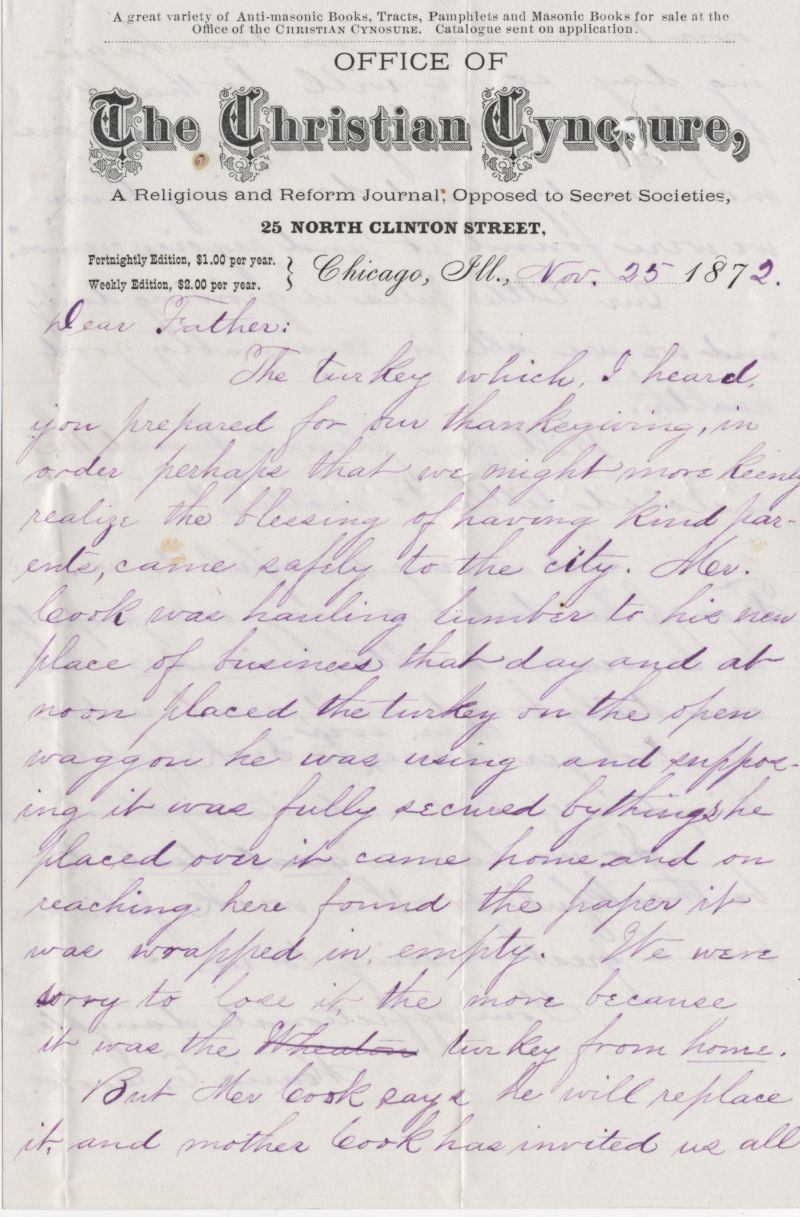 The Jonathan Blanchard Papers are a diverse gathering of items covering the family history of Wheaton College’s first president. Ranging from the scribbling of grandchildren to a petition for the abolition of slavery, they illuminate Blanchard in his many roles. The heart of the Collection is the more than 4600 letters preserved by his wife, Mary Bent Blanchard. Dating from 1808 to 1892, the items cover a wide range of topics with writers including family members, friends, students, Civil War soldiers, church associates, colleagues, reform workers, and others. These letters are a valuable resource for scholars, students, and other history enthusiasts alike.

During this Thanksgiving holiday one such letter was written by Jonathan and Mary’s daughter, Maria Blanchard Cook from Chicago on November 25, 1872.

Dear Father, the turkey which I heard you prepared for our Thanksgiving, in order perhaps that we might more keenly realize the blessing of having kind parents, came safely to the city. Mr. Cook was hauling lumber to his new place of business that day and at noon placed the turkey on the open wagon he was using and supposing it was fully secured by things he placed over it came home and on reaching here found the paper it was wrapped in empty. We were sorry to lose it the more because it was the turkey from home. But Mr. Cook says he will replace it and mother Cook has invited us all over to her house on Thanksgiving day so we will be thankful for our turkey, hope some one more needy and deserving than we found it and “rejoicing evermore.”