When Jonathan Blanchard came to Wheaton he was brought to the Illinois Institute to resurrect the failing school. He was known for his connections and his fund-raising–having saved Knox College from financial despair and leaving it with hearty reserves. 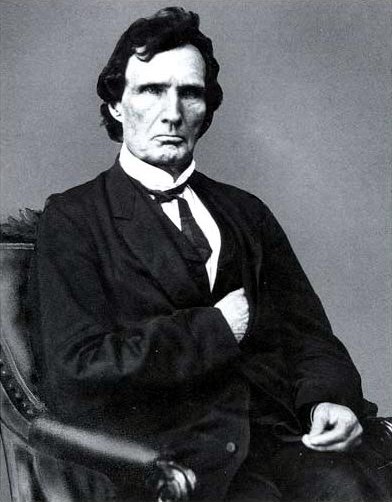 In February 1868 Blanchard wrote to Thaddeus Stevens, the radical Republican Senator from Pennsylvania, “…I am building a college building as a breakwater against secret societies and all like abominations, for which I want fifty thousand dollars more than are provided: and if, after providing for those who have been faithful to you and your principles, you have any sum from five cents to fifty thousand dollars to leave for the erection of the main building of Wheaton College Ill. and I survive you, I will see every cent you give sacredly devoted to that object and if you leave and (sic) considerable sum the building will bear your name.”

Under Jonathan Blanchard’s plan the completed limestone building atop the hill of center-campus would have been called Stevens Hall and would not have borne his own name. A newspaper report indicates that the completion of the tower was marked by shouting, cheers, a “comparatively feeble” ringing of the bell, and a raising of “the glorious old stars and stripes.” Jonathan Blanchard’s office was “elegantly fitted up” the same day as a surprise for the president.

When Jonathan Blanchard retired as president in 1882, the building remained asymmetrical–built out mainly to the west. In 1890 the east side of the building was flanked with an addition with a full wing, to complement the west wing, being added in 1927. The 1890 addition included a museum, laboratories, and the first library. Other portions of the building contained the above mentioned president’s office, a prayer room, laundry, apartments and classrooms.