One of the most influential philanthropists of Evangelicalism in the mid-twentieth century was Herbert J. Taylor. Taylor, born in in Pickford, Michigan in 1893, had been educated at Northwestern University and began a career in business, initially in Oklahoma. After a time in the Navy during World War I Taylor began working for Jewel Tea Company (later Jewel Food Stores), eventually becoming an executive in the company. In 1933 Taylor was “loaned” to Club Aluminum Products, a door-to-door kitchen products sales company which was started in the early 1900s, when the company went into bankruptcy. Upon taking over Club Aluminum Taylor found that the business practices at the company were not above reproach and sought a way to turn the company around financially and ethically. While at Club Aluminum Taylor created a simple ethical code that became known as The Four Way Test. The test consisted of four short questions:

This code, created in 1932, established a common working environment for Club Aluminum and helped make the company profitable, trustworthy and strong. 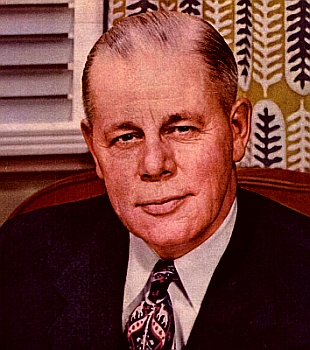 Within several years the company was out of debt and became a multi-million dollar company.

During this time Taylor was a member of the Chicago Rotary Club and eventually became president of the club. And in 1944 he was selected International Director of Rotary. It was then that he offered the test to Rotary. The organization adopted The Four Way Test and has promoted it around the world to encourage an ethical life. It remains a central part of The Rotary despite some who criticized Taylor’s (and Rotary’s) creation of an official “moral code.” Some struggling with the objectification of “truth” and seeking to promote truth’s subjectivity.

Herbert Taylor died in 1978. It is said that when the American National Business Hall of Fame wished to honor Taylor a few years after his death they contacted the owners of Club Aluminum to find out information about Taylor. A spokesperson for the company had no knowledge of Taylor.