J. Northcote Deck, born in England in 1875, pursued his education in Australia at the University of Sydney, where he felt a call to ministry. Thereafter he allowed nothing to compete with his single-minded dedication to Christ. Receiving the degree of Master of Surgery, Dr. Deck established a practice in Sydney; but soon he moved to the Solomon Islands as a full-time missionary and engineer, participating in a fruitful work that began in 1882 among South Sea islanders. In 1910 Dr. Deck was the first white man to cross Guadalcanal, then largely unexplored. He led the first exploration of the coral island of Rennell. He then 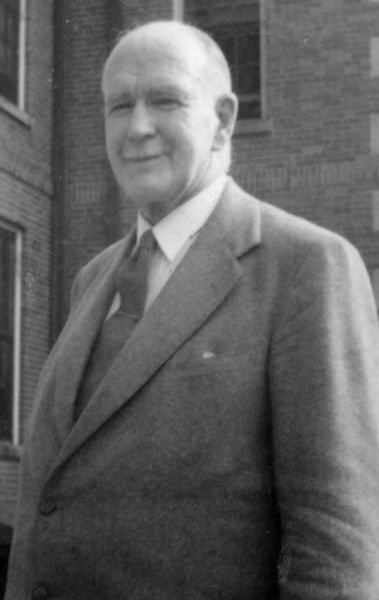 embarked upon the first crossing of mountainous Malaita, a cannibal island; and on his second visit he discovered a lake and primitive civilization unknown to the outside world. As a result of these exploratory adventures, he was honored by the Royal Geographical Society and made a fellow of the Royal Geographical Society. Encountering disease, weather, poison arrows and innumerable disappointments, Dr. Deck prevailed in his efforts among the natives until retirement in 1927. On the mission field his life of sacrificial service yielded many conversions. But this was true in his latter years, as well, as he traveled around the world, preaching in churches, summer schools, colleges and conferences, including the Keswick Convention in England, which attracted internationally renowned pulpit orators. In addition to speaking, Dr. Deck wrote devotional books, conveying through the written word a consecrated spirituality. This gift was passed to his daughter, Luci Shaw, who has written perceptively in both poetry and prose about faith and art and other issues of the Christian life. In private Dr. Deck was a man of deep prayer, systematic and definite as he daily remembered missionaries positioned around the globe. As he lay on his deathbed, he joyfully, confidently exclaimed to Wilber Sutherland, director for InterVarsity Christian Fellowship, Canada, “Wilber, this is the most wonderful experience of my life!”

The papers of Luci Shaw (SC-46) and the Keswick Convention (SC-30) are maintained in Wheaton College Special Collections.