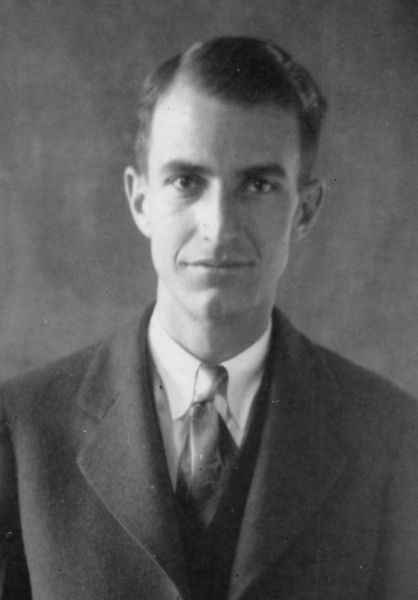 If Charles F. Baker represented an extreme form of dispensational theology, his credentials were impeccable. Born of English immigrant parents in Dallas, Texas, in 1905, he attended Scofield Memorial Church, founded by C.I. Scofield, editor of the Scofield Reference Bible. Baker’s pastor was Lewis Sperry Chafer, who also founded the Evangelical Theological College, which later became Dallas Theological Seminary. Here Baker attended, a highly motivated student, again sitting under Chafer’s ministry. Graduating, Baker entered Wheaton College, accompanied by a letter from DTS registrar Rollin Chafer to Wheaton College registrar Enoch Dyrness. It stated: “Charlie is one of the best students we have ever had in the college and it gives me great pleasure to commend him to your faculty. Not only has his class work been of the highest grade, but he is one of the most spiritual men we have in the institution.” After successful studies at Wheaton Baker moved in 1932 to Milwaukee, Wisconsin, where he ministered for 23 years as pastor of Fundamental Bible Church. He also assisted J.C. O’Hair, pastor of North Shore Church on Wilson Street, Chicago, as chief engineer for broadcasting at station WPCC (We Preach Christ Crucified). In 1939 Baker founded Milwaukee Bible College; and in 1961 moved the school to Grand Rapids, Michigan, where it was called Grace Bible College. Retiring in 1967 he was named President Emeritus and Distinguished Professor of Theology. In 1971 Baker published his 688-page masterwork, A Dispensational Theology. In its preface he wrote: “Very few attempts have been made to produce a work on Theology which is dispensationally oriented. A survey of some two dozen standard works on the subject revealed the fact that more than half of them make no reference whatsoever to the subject of the dispensations. Most of those that do make mention of the Scriptural expression devote only the briefest reference to the subject, and their treatment of it is mainly from the viewpoint of Covenant Theology, which fails completely to recognize the distinctive character of the present dispensation, called by Paul the dispensation of the mystery, a plan and program of God which was kept secret from all former ages and generations (Colossians 1:26). Only one major work on Theology was found which recognized the dispensational principle in the interpretation of Scripture.” After his wife, Teresa, died in 1982, Baker moved to Escondido, California, and was married to a long-time friend, Ruth Lohman Smith, in 1985. Baker’s other books include Understanding the Book of Acts, Dispensational Relationships, and Understanding the Gospels. In addition, he was instrumental in the formation of Grace Gospel Fellowship, Grace Mission and Grace Publications as well as editing two periodicals, the Biblegram and Truth Magazine. He died in 1994.

Normative, mainstream dispensationalism, as espoused by Dallas Theological Seminary, Moody Bible Institute or Philadelphia Biblical University, might agree with aspects of Baker’s research, but it would vehemently object to many of his assertions. For instance, Baker believed that since Paul does not seemingly mention baptism by immersion after Acts 13, it is not valid for the current dispensation, though the Lord’s Supper should continue to be observed. 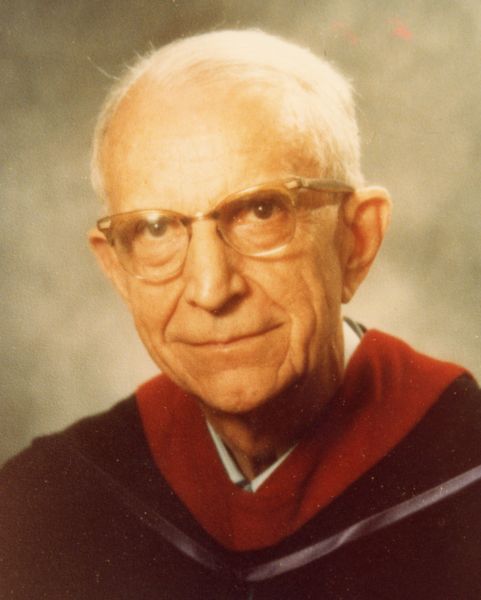 Others, such as E.W. Bullinger and Oscar Baker, held that both baptism and the Lord’s Supper fall outside of the current, post-Acts dispensation, and are not valid church ordinances. Dr. H.A. Ironside, pastor of Moody Church, trustee of Wheaton College and part-time DTS faculty, utters hard words against ultradispensational doctrine in his 1938 apologetic, Wrongly Dividing the Word of Truth: Ultradispensationalism Examined in the Light of Holy Scripture: “I send forth this edition praying that the Lord will use it to deliver many more from the unscriptural and positively harmful teachings of the ultra-dispensationalists who, under the guise of setting forth high truth, are deliberately attempting to rob Christians of the greater part of their Bible.” Despite the controversy attached to his theological stance, Baker was known as a gracious, kindhearted man.