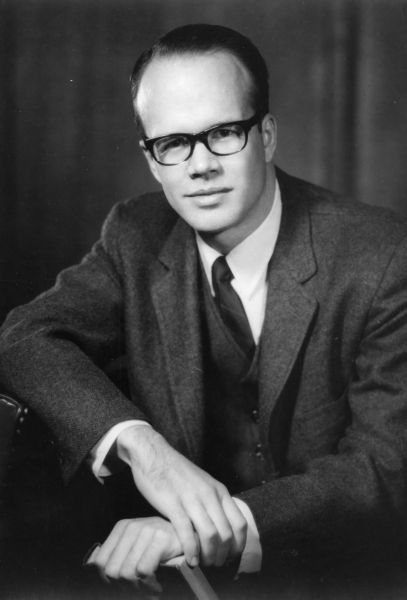 Dr. Philip Ryken, Wheaton College’s newly inaugurated eighth president, previously served as pastor of Tenth Presbyterian Church in Philadelphia. Before assuming that role, Ryken served as assistant to its senior pastor, Dr. James Montgomery Boice. Born in Pittsburgh, Pennsylvania, Boice received his early education at Stony Brook school on Long Island, continuing at Harvard where he was awarded his A.B. degree with high honors in English Literature. Two years later in 1962 he earned his master’s degree in theology from Princeton before pursuing doctoral studies at the University of Basel, Switzerland, supervised by instructors such as Karl Barth. In 1969 Time magazine recognized Boice’s efforts in “revitalizing the urban scene” in downtown Philadelphia where the almost-200 year old church is located. Dr. Boice preached the 1974 Wheaton College Special Services during the first week of April. For the morning chapel services, titled “Thoughts for Troubled Times,” he drew from the book of Habbakuk. For the evening sessions, held in Pierce Chapel, Boice shared “Conversations with Christ,” derived from the Gospel of John. In addition to hosting the National Bible Study Hour radio broadcast, Boice authored several books, including Foundations of the Christian Faith, Psalms, Gospel of Matthew and What Ever Happened to the Gospel of Grace? Boice died as the result of liver cancer at age 61 in 2000.