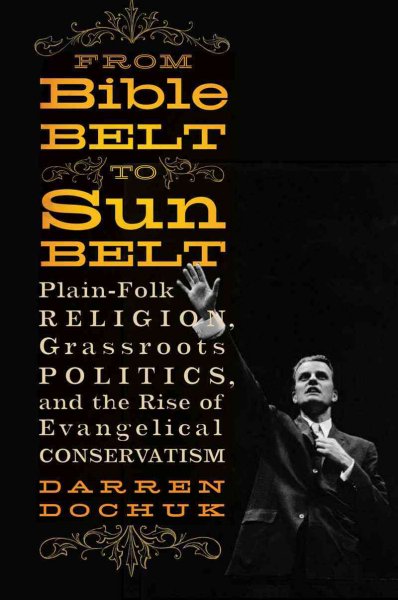 In this new book Darren Dochuk, from Purdue University, argues that Great Depression-era religious tenant farmers, “plain-folk” migrants, from Arkansas, Oklahoma and Texas are key to understanding the contemporary interchange between American religion and politics. These migrants, with their Southern steely persistence and Western rugged impatience and pragmatism helped shape the character of politics in Southern California through the development of a political machine that influenced politics in the second half of the twentieth century in the careers of Barry Goldwater, Richard Nixon and Ronald Reagan. The research in this book received the 2006 Allan Nevins Prize from the Society of American Historians. By utilizing the records of the National Association of Evangelicals and the National Association of Christian Schools Dochuk’s book has been well-reviewed and serves as a helpful guide as it tells the story of the rise of the New Right and modern conservatism.