Twenty years ago, the Wheaton Alumni magazine began a series of articles, titled “On My Mind”, in which Wheaton faculty told about their thinking, their research, or their favorite books and people. Professor Emeritus of Bible and Theology Walter Elwell (who worked at Wheaton from 1975-2003) was featured in the Winter 2003 issue. 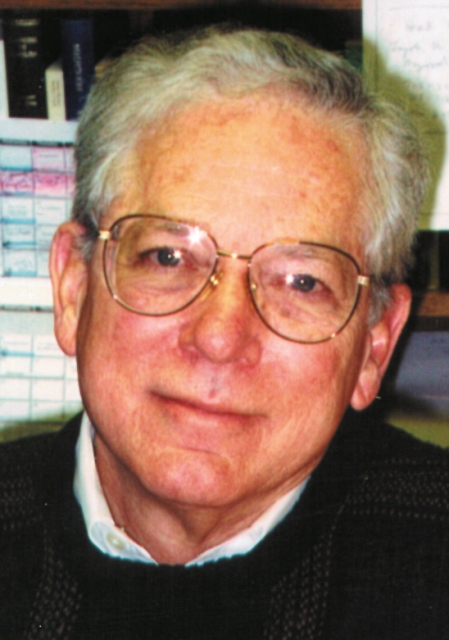 As an undergraduate student at Wheaton more than 40 years ago, I felt something of a call to the mission field—first as a medical missionary and then as a Wycliffe translator. Neither of these materialized, and instead I pursued an academic career in New Testament studies.

I was never sure why the Lord led me in another direction rather than to the mission field, where I felt the need was so great and the laborers so few. I prayed about that over the years, but nothing seemed to take any particular shape in my mind.

Then, in 1989 to 1991, the Soviet Union fell and that part of the world opened up to missionary work from the West. By that time, urgent stirrings had arisen in my heart, and in a wonderful moment it all became clear—Eastern Europe was in desperate need of guidance and help at the academic level to train people for the next generation of leadership. More than two generations had been lost and there was no time to lose; cults and charlatans were trying to take advantage of the surging spiritual hunger in that part of the world.

God then answered my prayer of 40 years earlier, directing me to a ministry of training young Europeans academically for leadership in the church and the preaching of the Gospel.

Almost immediately after the fall of Communism, the Graduate School inaugurated a program of on-and off-campus training for these East Europeans. Other Wheaton professors and I made numerous trips to all parts of the former Soviet Union to teach in seminaries, help establish M.A. and Ph.D. programs, visit refugee camps, and sometimes (literally) walk through mine fields to reach the schools and churches where we were speaking.

Since these East Europeans also needed relief from their often oppressive situations, the Graduate School also established a six-week tutorial for scholars and educators from the former satellite nations. We bring anywhere from 15 to 25 participants (free of cost to them) for intensive personalized training in an area of study they have selected. While here, they are assigned a faculty mentor, make field trips to view local ministries, attend seminars, hear a series of speakers, and also work in their chosen area of interest.

In the last eight years, more than 90 scholars from 13 different countries have participated in the program. As a result, over 15 books have been written, eight Ph.D. degrees have been earned, and numerous other goals have been accomplished—from establishing children’s ministries to running a school. All this has been a great blessing to us, and we solicit your prayers on our behalf.

How could anyone have guessed at the height of the Cold War that someday the Iron Curtain would be removed and teacher/administrators would be needed to rebuild what had been torn down, seemingly for all time? But God knew. And in His time, he directed me, and others, to prepare for it.

What a blessing to follow the Lord, even when the way is unclear. For as William Cowper said, “He will make it plain.” It is testimony to the grace of God and the mystery of His ways that this door has opened and Wheaton has been enabled to step into the gap.

Walter A. Elwell, born 1937 in Florida, is an evangelical theologian and noted editor of several evangelical standard reference works. He is professor emeritus of Bible and Theology at Wheaton College where he taught from 1975 to 2003. Elwell earned his B.A. ’59 and M.A. ’61 from Wheaton College. He then attended the University of Chicago and University of Tubingen before earning his Ph.D. from the University of Edinburgh. He has been a consultant to both the Evangelical Christian Publishers Association and the Evangelical Book Club, and a member of the Society of Biblical Literature, Institute for Biblical Research, Evangelical Theological Society, and Chicago Society of Biblical Research.