Charles Satchell Morris, Jr., born in West Newton, Massachusetts, on June 11, 1899, was the great-grandson of ex-slave Frederick Douglass, and the son of a renowned Harlem pastor. Morris, Jr., entered the world equipped with extraordinary talents. Known during his early years as the “boy orator,” he was recognized for his dexterity with the English language. During high school he won the state oratorical contest over 120 white contestants.

As an African American, he frequently faced with poise and fortitude the humiliating challenges of the day. First attending Wilson Academy in New York and then Wheaton Academy, he matriculated to Wheaton College in 1919, studying English, geology, math, history, philosophy and German. In addition, he participated in the Student Army Training Corps (SATC). He was a fine student in all endeavors, but his creativity naturally blossomed in oratory, which he perfected in the busy social milieu provided by the Excelsior literary society.

After Wheaton College Morris attended the University of Chicago and Columbia University, then traveled the country, spellbinding audiences with his splendidly crafted speeches and captivating preaching before securing employment at Tennessee State College as Head of the Department of Speech, then Chair of English at Virginia State College, and eventually as Dean of Baptist Seminary and College, now defunct.

In 1943 he was invited by Dr. Adam Clayton Powell, Sr., father of Representative Adam Clayton Powell, Jr., to deliver the Twentieth Anniversary Sermon of the Abyssinian Baptist Church in Harlem, where Morris’s father had served before Powell, Sr. Dr. Powell writes fondly of Morris, Jr., in his memoir, Against the Tide (1938), honoring his friend for defending him during a controversy:

The brilliant Charles Satchell Morris, Jr., then Dean of Virginia Seminary and College, dropped in at the Baptist Ministers’ Conference at Roanoke, Virginia, where I was being verbally assaulted. He got the floor and by eloquent words expressed his approval of my letter and convinced some of the brethren that my position was in harmony with the teachings of Christ and His Apostles. He told them that they were fighting God and not Dr. Powell.

Eventually Morris moved with his wife to Los Angeles. Desiring to reconnect with classmates in 1946, he requested from registrar Enoch Dyrness a list of local alumni. Dyrness, responding in an interoffice memo, writes:

…Mr. Morris is one of our few colored former students, and was quite a silver tongued orator when he was in school. My last contact with him was at the University of Chicago where he was taking some graduate work. He is quite an aristocratic negro, and I am afraid he has some rather radical leanings. I would be very hesitant about releasing any kind of a list to him, but I thought you might suggest that he get in touch with the president of the Los Angeles club. I hope he has reformed, but my guess is that he is still something of a rascal.

Dyrness does not explain in existing correspondence his perception of Morris as a “radical” or a “rascal.”

Continually in demand as a speaker, Morris preached in 1958 at North Montgomery Baptist Church in Montgomery, Alabama, where Rev. Martin Luther King served as pastor. 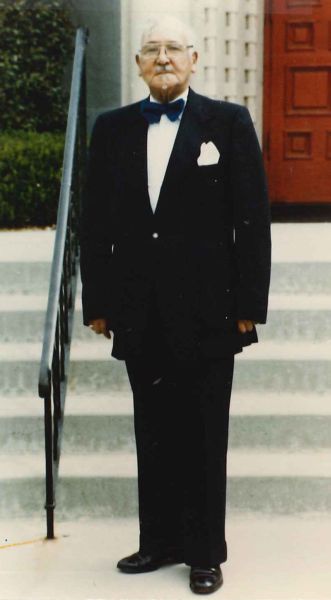 Opening remarks for the event were presented by King, who that evening wrote on the program: Tonight we have heard one of the greatest messages we have ever heard. It was inspirational, eloquent, profound and scholarly.

In 1987 Morris received a request from the Wheaton College Alumni Association, asking for a financial contribution to assist with the renovation of Blanchard Hall. On the back of the request he wrote:

While I do not wish to discourage your monetary efforts, my contributions to Wheaton are over as long as I maintain my sanity. I would not give 10 cents to complete Blanchard Hall. This man was responsible for a life-time insult. Please never, never, never ask me to make any further contributions to the College. As a soldier being asked out of the dining room (on the part of a so-called Christian college) which action was sustained by Blanchard, haunts my memory after 69 years. Nor do I wish any more pleas for funds. [The University of] Chicago does not even have to ask, nor does Columbia, both secular schools.

Despite ill feelings toward Wheaton College, Morris admired Edward Coray, director of athletics.  Morris wrote to Lee Pfund, then-director of the Alumni Association: “If they had about 10 persons at Wheaton like Coach Coray, then my attitude toward the College would be entirely different.” The origins of his discontent during his student career can only be surmised; nonetheless, Wheaton College is honored that this distinguished man passed through its doors.

In addition to his roles as lecturer and educator, Morris was the former National Executive Secretary for French war orphans, and a member of the National Security League. Charles Satchell Morris, Jr., died on November 20, 1999, in Santa Ana, CA.