I was a freshman in college. It was winter on the Chicagoland campus of Wheaton College. Late winter. Cold, wind-blown, drifting snow, dead winter. A lot like my soul right then – lifeless. A combination of things had thrown me into a tailspin. It was my first time away from home for an extended season. Away from the girlfriend who would someday become my wife. I’d been disappointed by the winter sports season. I was fighting the fierce deadlines of academia. But worst of all – and for the first time in my rather sheltered life – I found myself reeling from the intellectual loss of my faith.

Never in my life had I felt so disoriented. So alone. I couldn’t sleep. Couldn’t study. Couldn’t speak with anyone. I could only walk, kick rocks, and commiserate with the silent, frozen landscape. That’s what I was doing about midnight. I stumbled aimlessly across the deserted center of campus, lost in myself – a terrible place to be. Then, out of nowhere, I was touched by a Tender Warrior. Literally. Without any inkling whatsoever that there was anyone else alive out there, I felt a hand on my shoulder.

A voice fought its way through the wind. “Could I be helpful to you?” 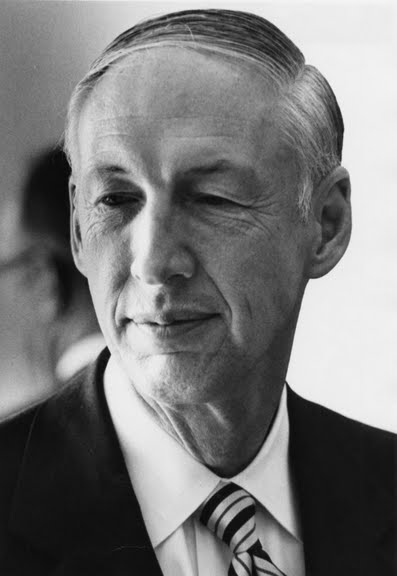 I looked up into the face of Dr. Hudson Armerding, the great-hearted president of Wheaton College.

Apparently he had stayed late in the office that night. I still don’t know how he found me. Had he seen me wandering in the darkness? Had he felt my pain and desolation from a second-floor window? I don’t know how he got there, but there he was – at my side – a four-sided tower of strength. The king in him bore the weight of the college on his shoulders. The warrior in him fought powerfully through the blood-draining battles facing any college president in the sixties. The mentor in him taught us history in class, the Scriptures in chapel, and life in general. And the friend in him reached out and drew in a hapless freshman wandering in a deep, months-long sleep. He invited me into his home. We walked the distance together. There in the warmth of his living room, with everyone else in the house long asleep, he fixed two cups of tea. We talked. And talked. He became my friend. He still is. One of the half dozen men who have marked my life, Hudson Armerding will always be the consummate King-Warrior-Mentor-Friend to me.

The four pillars of masculinity were balanced in Dr. Armerding. Like four strands of steel, they were woven together to form a cable that is the spine of masculinity. A “good man” is the balance of the four. A good warrior is also the sensitive lover. A Tender Warrior. A good friend is always a helpful mentor. The four are inseperable in a good man. In balance, there are every man’s purpose, every woman’s dream, and every child’s hope.