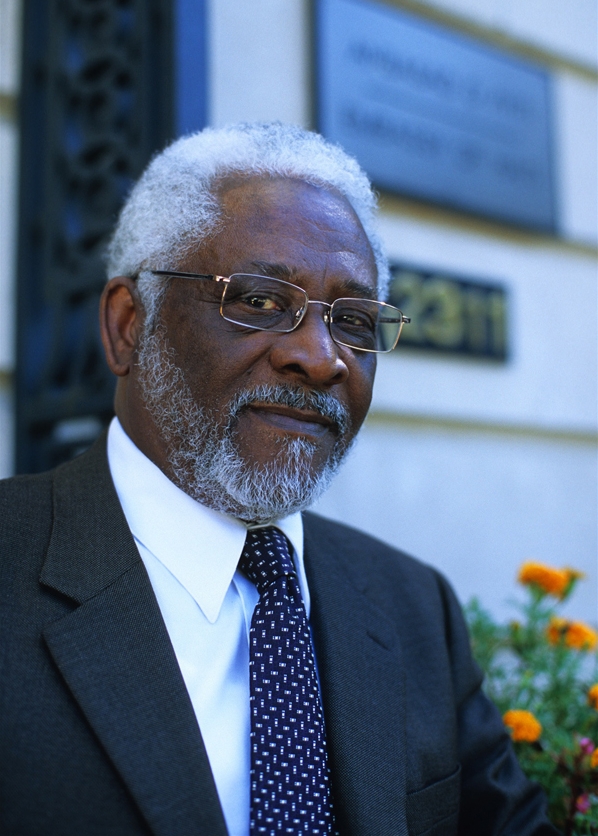 In recent weeks Raymond Joseph, as ambassador to the United States since March 2004, has been the international face of Haiti and the tremendous struggles that his impoverished nation has gone through since the earthquake of mid-January. He, like many of his fellow countrymen, has expressed a resiliency and a strong faith in God during harrowing times.

In Haiti Raymond Alcide Joseph is mostly known as a journalist (with the Haitian newspaper, the Observateur) and radio personality. He was a vocal opponent to the Duvalier dictatorship that brought much suffering to Haiti. To voice opposition he founded Radio Vonvon (Radio Bug) and Rayon Limye (Rays of Light). Radio Vonvon became so influential it was called the “6 O’Clock Mass” as it was broadcast at 6 o’clock in the morning and was the way many started their day.

Though Mr. Joseph sought to bring about change and be an influence for good through these media, one of the ways in which he has brought a more lasting influence has been through his work to translate the Bible into Creole. Joseph attended Moody Bible Institute in Chicago and, afterward, received a Bachelor of Arts in Anthropology from Wheaton College. Later he also obtained a Master’s degree in Social Anthropology/Linguistics from the University of Chicago.

Joseph, a journalist-turned-diplomat, is the son of a Baptist preacher. In his youth he wondered why the Bible was available in French — the language of Haiti’s elite — but not in the people’s tongue, Creole. In late 1960 Joseph began translating the first New Testament and Psalms in Haitian Creole under the auspices of the American Bible Society in October 1960. Joseph recognized that Luther’s translation of the Bible into the vernacular of his culture (from Latin to German) changed German society.

The Bible pervades Joseph’s life. When asked by the Washington Post about Haiti’s suffering before and after the earthquake, Joseph replied that “Even in disaster, like the Apostle Paul, in whatsoever state I am, I have learned to be content.” He went on to say, “Some of us have to present the face of hope. That is the mission that I have been given, and I want to be faithful to it.”