Men die each day. But in certain instances, an intriguing coincidence occurs. For instance, former U.S. Presidents John Adams and Thomas Jefferson died within four hours of each other — on the 4th of July, no less. On a smaller scale within the Evangelical community, two notables passed on January 1, 1937: Dr. George H. Smith, the “Grand Old Man of Wheaton College Athletics” and Dr. J. Gresham Machen, who staunchly defended theological orthodoxy in the face of encroaching liberalism during the 1920s.

The larger world little noted their passing, but the event was splashed on the front page of the January 6, 1937, student newspaper, The Wheaton Record. Death Takes Drs. Smith, Machen over Holidays announces the headlines in large, bold lettering. 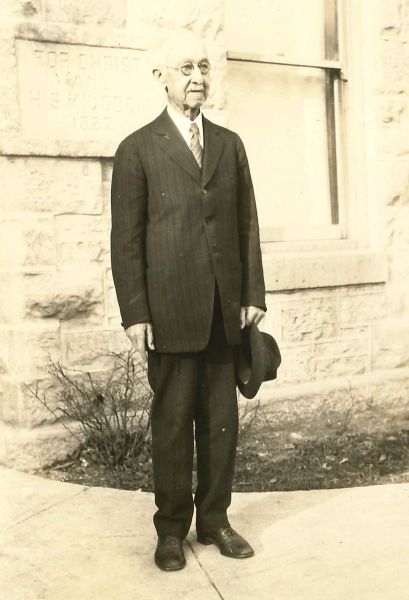 Smith, “…the kindest, friendliest of men,” was Retired Head of the Classics Department. In addition, he was instrumental in founding the Athletics Department at Wheaton College, encouraging intercollegiate sports in an era when it was disparaged by educators. As professor of classical languages and head of the department of foreign languages, he was noted for “untiring zeal.” An ordained Congregational minister, he served churches in California, Hawaii, Ohio and Illinois. Dead at 89, his funeral was conducted at Gary Memorial Church in Wheaton.

J. Gresham Machen, founder of Westminster Theological Seminary, was not associated with Wheaton College, but wrote such classics as What is faith?, The Origin of Paul’s Religion and The Virgin Birth, used during theology classes. Dr. J. Oliver Buswell, President of Wheaton College and fellow Presbyterian, likened Machen to Athanasius, whose witness, if accepted by the church, would have precluded the dark ages. Machen died of pneumonia in Bismark, North Dakota.