A Brush with Reality
by Lynette Hoppe M.A. ’90

Art has almost always been included in the curriculum of Wheaton College. In 1862, the list of college faculty included Miss Emma Strong, teacher of French and drawing. The catalogue of 1866 offered “Drawing and Gymnastics at a moderate charge” to young women enrolled in the Ladies Department. These early efforts at teaching art look suspiciously like something from a Jane Austin novel, where art is seen as a necessary component in “finishing” young ladies properly. Nonetheless, as Wheaton College grew from a fledgling institute to a more established college, courses in art began to find a regular place in the academic program.

One of the persons who helped shape the future of art at Wheaton was alumnus DeWitt Whistler Jayne. Immediately after graduating in 1936, Jayne began as an art instructor at the College, and served in that capacity until 1946. During his tenure, Jayne developed a full art curriculum, helped to formulate the College’s philosophy of art, and in himself brought to the department outstanding abilities in painting and drawing. 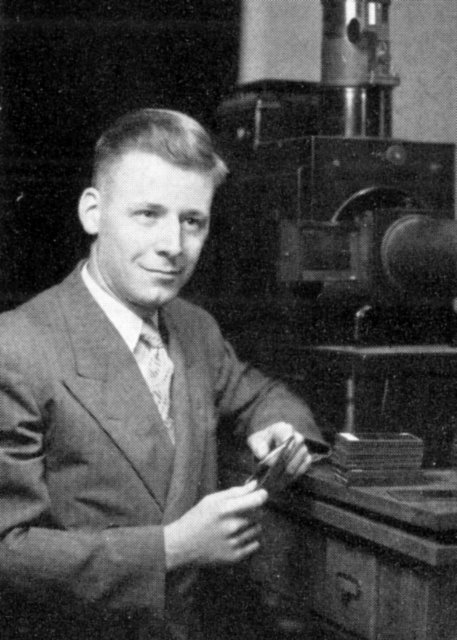 Born in Boston on September 18, 1911, to DeWitt Clinton and Ruth Whistler Jayne (Yes, he is a first cousin thrice removed of James McNeill Whistler), DeWitt Jayne grew up with a love for drawing and painting. His love of the sea began early as well, and while still a youth, he began to assemble what became one of this country’s most comprehensive resource files on old sailing ships. He also spent many years studying ships under sail and visiting the world’s great historical ports and harbors.

Jayne began his formal art education at the Philadelphia Museum’s School of Art, where he studied under the first-generation students of the great American illustrator, Howard Pyle. Here Jayne encountered an intense attention to correct detail and a passion to put drawing before all else. This shaped Jayne’s impressive ability to accurately capture a scene and its crucial elements. Such visual mastery combined with DeWitt’s love of the sea made him “one of those rare artists who can accurately depict the rigging of great sailing ships.”

From the School of Art, DeWitt Jayne went to Wheaton College, where he received a bachelor of science degree. Post-graduate studies were conducted at the University of Chicago and at the University of Pennsylvania, where he received his master of arts in 1962. He also spent two years studying in the studio of Allen Lewis, National Academician, the majority of whose works are now housed in the Wheaton College Special Collections, thanks to a generous donation from Jayne himself, who is a nephew of this master.

After leaving Wheaton, Jayne became studio manager and art director for various advertising and design firms. In 1962 he joined the faculty of California State University, Sacramento, teaching for 15 years before retiring as professor emeritus in humanities.

Among Jayne’s many achievements are commissioned portraits of John F. Kennedy, Richard Nixon, Harry Byrd, Fulton Lewis, Jr., and Norman Tallmedge. He also painted numerous faculty portraits for Westminster, Covenant, and Fuller Seminaries including that of Carl F.H. Henry ’38. In addition, he painted portraits of several of the Wheaton College’s own presidents — James Oliver Buswell, Jr., whose portrait hangs in the Heritage Room, Edman East Wing; and Hudson T. Armerding, whose portrait is in the building named in his honor, Armerding Hall.

DeWitt Jayne also spent many years as a freelance book and magazine illustrator and was extensively involved in national advertising through various agencies.

After 50 years of rigorous and continual painting and drawing, Jayne has become an acknowledged master of realistic works of the sea, sailing ships, and genre. In the 1970s he began a new phase of his artistic career by turning to easel painting and the production of finished pastels. He continues this activity today at his home and studio in Santa Barbara. Jayne and his wife, Dorothy ’38, have traveled extensively to find subject material for his paintings and pastels.

At present, various pieces by DeWitt Jayne are on exhibit at the New Masters Gallery in Carmel, California, where he has been represented for 20 years. Works are privately owned by various individuals, including Billy Graham, Mrs. Harry Byrd, and the Honorable Herman Talmadge; and institutions, including Wheaton College, Westmont College, Covenant Seminary, Fuller Seminary, Westminster, and California State University, Sacramento.

“As a painter I think of myself as an illustrator who in my visual statement is concerned with what may be only a momentary glimpse of external reality in space and time,” says Jayne. “I love the play of light on figures and take a keen delight in the shimmer of light on water — a further reflection of the beauty of God’s creation.”

“To this end I have employed the concept of the ultimate biblical statement that ‘God is my light’ in my recent work, an illustration of the text from the Gospel of Mark describing the Transfiguration of our Lord. I think this painting may be unique in its subject matter, and it well may be true that fools rush in where angels fear to tread.”